This is no game – the pain of the Transcontinental, part 1 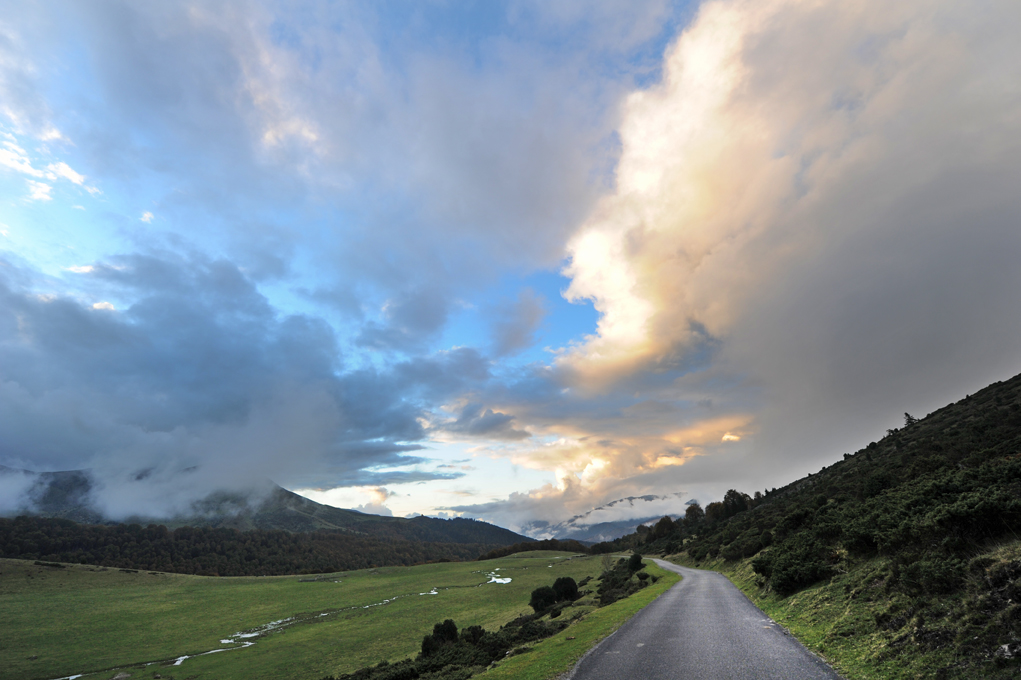 In 2018, Richard Abraham took part in the sixth edition of the Transcontinental Race, the world’s foremost ultra-endurance road race — and it nearly broke him.

According to organisers, the Transcontinental is ‘simple in design but complex in execution’ and designed to test entrants’ capacity for physical endurance, navigation, planning, judgement and self-sufficiency.

Participants must ride along certain control points — pre-determined sections of road chosen by organisers for their location, aesthetic and difficulty — en route to the finish without receiving any outside assistance, beyond that available to the general public. The rest is up to them.

It is a beautifully hard event whose expeditionary nature echoes the origins of today’s professional road racing calendar. The sheer adversity — and the ingenuity and fortitude required to overcome it — resonate with supporters that have grown bored with what many perceive as a sterile and automated modern professional sport. It attracts the the most committed disciples of ultra-endurance cycling while generating a cohort of ‘dot-watchers’ — supporters who follow the GPS tracker of participants online from home across a digital map of Europe.

TCR #6 started in Geraardsbergen, Belgium, and paid visits to the Austrian and Slovenian Alps, a forgotten national park on the Czechia- Poland border and the abandoned ski station overlooking Sarajevo, Bosnia-Herzegovina, before a finish line in Meteora, Greece. At TCR #7 in 2019, the last event before the Covid-19 pandemic, Fiona Kolbinger, a doctor from Germany, became the first woman to win.

This year’s edition, TCR #8, which starts on July 24, will take riders to Czechia, Italy’s Passo di Gavia, the Durmitor Massif in Montenegro and a gravel pass alongside Romania’s famous Transalpina before finishing on the Black Sea coast of Bulgaria. It is a route comprising approximately 4,100km, 800km more than this year’s Tour de France.

The front runners will finish in about eight to ten days. The event literally takes riders across Europe but it also takes riders on an odyssey through their own minds. The bicycle is a vehicle for emotional movement as much as physical, its routine and repetition transports the rider to mental places as well as geographic locations. Those mental wanderings – observations and reflections – are all amplified by the intensity and extreme fatigue of the race. These notes from the road, which Richard recorded on a Dictaphone in 2018 and typed up shortly afterwards, try to capture the mood of one first-time entrant’s race and answer two questions: why would anyone want to go off on a solo bike race across Europe, and what happens if you do?
***

The last meal of the condemned man: curry, eaten in silence on some benches outside the youth centre in Geraardsbergen surrounded by friends and family of other people. Everyone is sitting quietly. Another rider takes out his pocket knife and cuts off the unnecessary half of his toothbrush.

I glance around at the equipment of fellow racers. There’s Björn Lenhard over in the corner, with little more than a large saddle pack that is probably less than half the weight of mine. I mentally unpack and ponder which of my belongings constitute the unnecessary half. I head into town and order a drink. The sun sets behind the houses to leave a pastel backlit sky. Owing to the mutters and glances – a mixture of bemusement, awe and pity – the other patrons know I’m doing that crazy bike ride that starts in an hour or two. “He’s got a cap with a number on. Yeah, to Greece! Madman. Large white wine please.”

Job Simons has been to the chapel on the Muur to light a candle for us, praying that we return safely and quietly reflecting that 12 months earlier his father Frank, a starter in TCR #5, hadn’t. Frank was killed in a collision with a car on the first night of last year’s race. The TCR’s founder Mike Hall died last year when he was hit by a car near the end of the inaugural Indian Pacific Wheel Race.
I am no condemned man, really. Frank’s and Mike’s passing was so shocking because deaths are not common. But it’s a reminder that this is no game. This is no sportive. This is something else. We all leave here for Greece together but, thanks to whatever the road throws at us, almost half of us won’t make it. We won’t admit it, but right now we’re looking around, trying to decide which half each of us is in and which half is out.

***
I’m riding along to Control Point One and all I notice are the cats in the fields: out here, hunting for mice and birds or something in the golden wheat stubble, with home a cat-flap somewhere just over the horizon. I’m out here hunting for something too. Yet there will be no cat-flap for me to slink through tonight. I bump into a fellow rider, our lines momentarily overlapping on this blank map of Europe. I ask him where he’s heading. “I don’t know, I just keep going until I feel like stopping,” he says. Then he turns off, for Liechtenstein, and our intersection ends.

The warm dusk of a midsummer’s night shimmers on the shores of Lake Constance, a crisp and clean backdrop where I feel like a greasy chip: once far too hot and now cold, limp, and oozing around at the bottom of the chip-paper. Some people in a bar cheer me as I ride past. How did they know? Did they know? They couldn’t be clapping for every cyclist in town. Maybe they’d spoken to another rider. Maybe they’d looked it up.

It was just so hot. Too hot to eat, too hot to drink, too hot to think, too hot to remember. I lie down in a roadside motel, my mind in gridlock but my heart racing a bunch sprint. I get up an hour later then slump onto the floor to avoid passing out. I down another bottle of water. Three hours later I rise before the sun and head out into the fields again. Climbing up the Silvrettastrasse it’s hot again. I’m swirling around, drenched in cars and heat and sweat and noise and consumption.

If I’m out here looking for an escape from the modern world, through the primeval thrill of life on the road, then I’ve made a wrong turn. Climate change, greenhouse gases, the motor car, modernity, tradition, hot summers, cause and effect all mingled together in hot winds and hot exhausts and bus-loads of tourists buying chocolate bars and wobbling around in the thin air. If I don’t really know what I’m looking for, I do know I won’t find it here.

***
How do you say, ‘I’ll have exactly the same, all of that, again, please’, in Czech? Martin, sitting opposite me at the table, duly translates for the waitress who pauses, looks at me with bemusement, and returns later with another tray of muesli, yoghurt and coffee.
Martin is bike-packing through the central Czech Republic on his mountain bike for a few days. He’s taking his time, stopping wherever he feels like it, and relishing the peace and quiet. I’m bike-packing my way across Europe for a few weeks, stopping when I have to, and I am deafened by the incessant mental drone of the race urging me to push further on. However both of us decided that it was not worth riding through the thunderstorm in the little town of Ledeč nad Sázavou, and both of us stopped at its one café.

Maybe it’s the same in real life; we all ride at different paces and we all need our own way of doing things. Geezers need excitement. Martin calls mine ‘martyrdom’. Right now, as I wallow in the unusual comfort of spending some of the daylight hours sat on a real chair, his sounds like pure bliss.

Then, almost as quickly as it came, the storm passes. The skies clear and the damp roads begin to dry. Martin and I drink up and traipse back to our machines; those two-wheeled creations that had brought us together now stand ready to send us apart.
I ride up through the post-thunder sunshine of late summer in the Czech Republic, the water-cooled tarmac roads thick with the first of the season’s orange leaves. Martin takes the riverside path. I’ve forgotten the race, and I remember myself in the euphoria of a pleasant bike ride on a quiet lane in the beautiful summer. I promise myself not to take any of this for granted again.
***
https://www.transcontinental.cc