Gastro guide to the Tour: Stage 16, Carcassonne to Foix 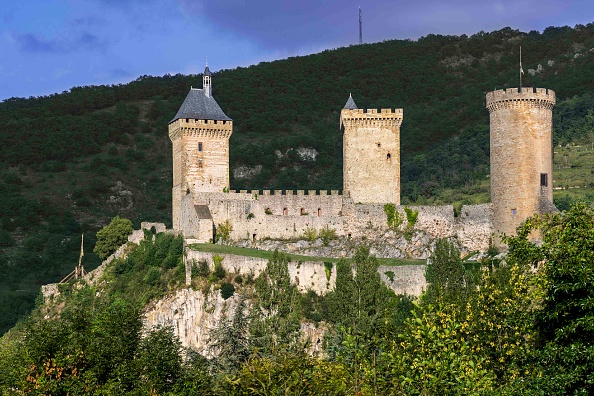 This is the stage that I’ve been waiting for, on my home patch in the Ariège. My family moved there in 2016 for the terrain rather than the gastronomic treats, of which there are comparatively few.

Ask the locals what the local specialities are, and most will likely come up with the same dish, azinat, a meat and vegetable stew that’s essentially the local take on garbure, which features on menus in the western half of the French Pyrenees. Azinat’s ingredients include cabbage, potatoes, carrots, pork shanks, goose thighs and sausage, and it’s often topped with a rouzole, a sausage, ham and herb patty/pancake bound together with egg. One of the best azinats is served at the Auberge des Myrtilles at the Col des Marrous, halfway towards the Col de Péguère coming out of Foix – the road on which the riders will enter the town.

There is, not surprisingly given the proximity to the traditional homes of the cassoulet, a local version of this dish. Mountejado is traditionally made with Pamiers white beans, pork, sausage and duck fat.

The most renowned local confectionery are Flocons d’Ariège, pieces of nut praline covered with vanilla meringue that were invented in 1985 by a confisier in La Tour de Crieu, just north of Foix, who was inspired by the view of the snowy Pyrenean ridgeline.

The Ariège isn’t renowned for its wine, but that is slowly changing, with vineyards in the Vallée de la Lèze leading the way. In my experience, you can’t go wrong with anything produced by Swiss wine producer Dominik Benz, whose vineyards are close to the arty enclave of Carla Bayle. I can still remember being blown away by the bottle of Le Cavalier, a Syrah-based red that my wife and I were recommended in the restaurant in our village. Wines by the Domaine de Lastronques are also well worth investigating.

Brewing in the Foix area was very much a micro activity until the opening earlier this year of the Brasserie de la Fourche on the riverside in the old town. It was established by Yannick Metge, a local who worked for some years in microbreweries in the Pacific North-West in the US and brought his knowledge back to the Ariège. The bar/brewery offers up to 10 beers, several brewed on the premises by Yannick, the others guest beers that are also produced locally.

By the way, if you’re looking for a good bakery in Foix, my two tips are the Fournil du Château, located on the same central boulevard of Villote as the stage finish, and Évidence, which is located on the road running south out of Foix, just beyond Lidl and next door to a trucking company called Delboy – I kid you not!