Gastro guide to the Tour, Stage 20: Lacapelle-Marival to Rocamadour 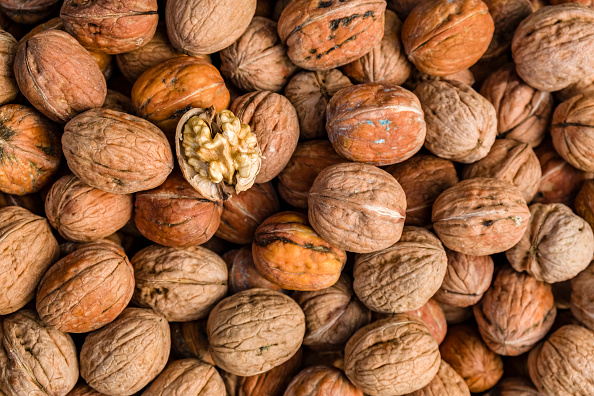 Walnuts have been a prized product in the region for centuries. (Getty Images)
Saturday 23rd July 2022
Share

The race’s second and final time trial from Lacapelle-Marival to Rocamadour runs through limestone hills of the Quercy. This is walnut country and has been since the Cro-Magnon era almost 20,000 years ago. During the 10th century the nuts were used as a form of currency, and over the next 300 years walnuts came to be regarded as being as precious as gold. Their oil was used in cooking, as a means of lighting, in painting and decoration, and to make soap.

The walnut’s development as a cash crop in the Quercy continued into the late 19th century when, like French vines, it was affected by the phylloxera insect that devastated the walnut groves. The decline in local fortunes continued with the arrival of other oils that were cheaper. The regression didn’t halt until the early part of this century when nut producers in the region achieved AOC protected status in France and, two years later, across the European Union.

In recent years, demand for walnuts and related products has increased. Walnut oil is often used as an ingredient in salad dressings, its popularity also boosted by the richness of ‘good’ monounsaturated fats. Liqueur noix (walnut liqueur), which is produced from nuts harvested on Midsummer’s Day that are crushed and macerated in alcohol, is served as a coulis with desserts or drizzled over ice cream.

The Quercy is also renowned for its orchards, producing apples, greengages, plums, pears and other fruit. These all features in a local pastry dessert, pescajoune, a thick crêpe or pancake. Traditionally, peasants would make these using flour, eggs and milk, and supplement them with whatever savoury food was available to them, notably bacon. In recent times, they’ve been transformed into a sweet dish, stuffed with the fruit available depending on the season and, often, the local plum brandy.

Located on the banks of the Alzou, a tributary of the Dordogne, Rocamadour will provide a stunning setting for the time trial’s finale. A pilgrimage site for almost 1,000 years, its buildings rise in stages up the cliff, the roca, that overlooks the river, the most important of them the Notre-Dame church. There’s evidence of human habitation going back tens of thousands of years within the many caves that riddle the area’s limestone cliffs and hills.

The town also gives its name to one of France’s most renowned goats’ cheeses. A cabécou goats’ cheese produced using raw milk, Rocamadour’s thin rind turns blue during the 15-day maturation, subtly changing the taste of the soft, white cheese within, which is quite mild. Just 6cm across, they’re also not much more than bite-sized and tend to be served on bread or in salads and accompanied by a glass of local red wine.

Wine production around the town goes back to Roman times, but had almost totally ceased by the end of the 20th century. It has been revived over the last two decades following the establishment of the Vignerons de Rocamadour cooperative. Production remains small-scale at little more than 50,000 bottles a year, mostly of Merlot and Malbec wines.