Gastro guide to the Tour: Stage 21, La Défense to Champs-Élysées 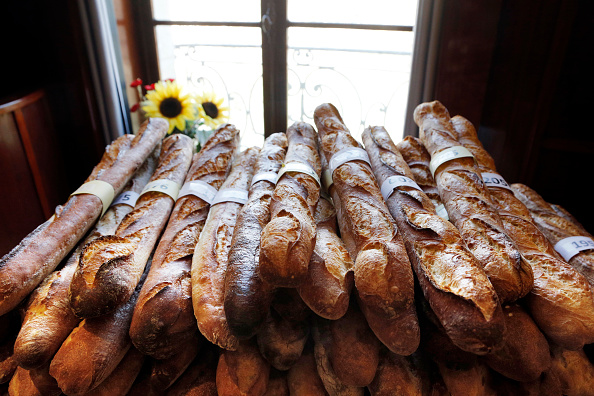 Having started in Copenhagen, one of the new generation of gastronomic centres across the globe, the Tour de France finishes, of course, in Paris, the traditional home of culinary excellence. That tradition continues in the modern era. The French capital boasts no fewer than 118 Michelin-starred restaurants at the moment, 10 of them bearing the highest three-star ranking.

The Stelvio expenses budget doesn’t stretch to such extravagance, so our gastro guide series will finish with a look at the more inexpensive fare that Paris and indeed the whole of France is associated with, beginning with two that are stereotypically linked to the country, the baguette and croissant.

There are all manner of myths relating to the ‘invention’ of the baguette, one of them suggesting that Napoléon Bonaparte came up with the idea for a long, thin stick of bread that could be more easily carried by his soldiers in their packs. The reality is a little more mundane. Wide loaves one to two metres long were made in France as far back as the 17th century. Two hundred years later, long, thin loaves were common too.

The uptake and standardisation of the baguette was triggered by three separate developments during the 19th century. The first was the use by Parisian bakers of a highly refined and highly milled Hungarian flour called gruau. Soon after, Austrian entrepreneur August Zang introduced the Viennese steam oven in the French capital. In 1867, the Universal Exhibition, which showcased the invention of the hydraulic lift and reinforced concrete, also saw the introduction of compact yeast. The baguette boom began.

The first recorded instance of the standardisation of the baguette dates back to August 1920 in Paris, when it was defined as a stick of bread weighing 80g and up to 40cm in length. Its price was fixed at no more than 35 centimes. State regulation of bread pricing ended in 1987, but baguettes remain a cheap staple of the French diet, costing around a euro in most bakeries.

August Zang is also credited by some for the introduction of the croissant into France. His Boulangerie Viennoise in central Paris served many Viennese pastries, including the kipferl, a crescent-shaped bread roll – the Austrian influence on French baking can still be seen today in the word viennoiserie as a generic term for all kinds of pastries.

Initially, croissants were made in a crescent shape but with non-laminated dough. French chef Sylvain Claudius Goy is credited with the first recipe for croissants using laminated dough in 1915. He detailed the use of thin layers of dough with butter in between that are folded and rolled, and, when baked, expand and separate to give the flaky look and texture of the modern croissant.

Some bakeries, including one of our local ones in Foix, serves two versions, the croissant au beurre and the croissant nature – or sometime ordinaire. The latter are made with margarine and are less fatty than the full-on butter version, but tend to be rather stodgy and not as flavoursome. In my experience, there are likely to be ructions if you offer a nature to a French guest.

Let’s finish this gastro guide with another French standard, the croque monsieur. This is essentially a ham and cheese toastie and is my son’s guaranteed order whenever we cross the threshold of a boulangerie at lunchtime. The ‘Bite Mister’ emerged in the early 1960s as a hot snack for workers. They’re made with two pieces of pain de mie, the square, dry, flavourless and almost inedible bread that’s often the standard sliced version available to toast at hotel breakfast buffets. They have boiled ham slapped in between them and a coating of melted cheese, usually Gruyère, on top. The addition of a poached or fried egg transforms it into a croque madame.