Gastro guide to the Tour: Stage 19, Castelnau-Magnoac to Cahors 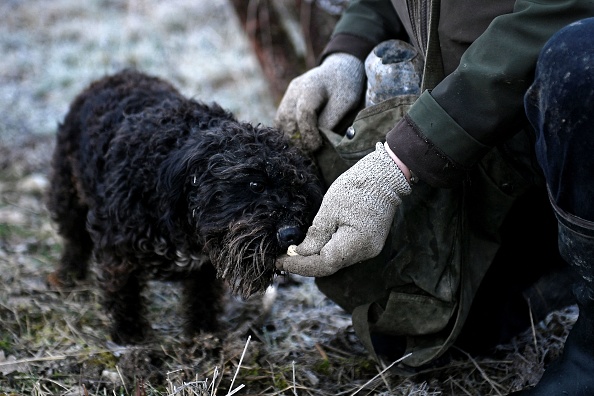 We’re in duck country, starting in Castelnau-Magnoac and continuing right through to Cahors. In the small start town that’s the birthplace of Antoine Dupont, scrum-half and captain of France’s rugby team that will be hoping to take their first World Cup title on home terrain next year, the local speciality is magret de canard en cocotte. This sounds extremely intriguing in French, yet cocotte simply describes the casserole dish it’s made in rather than some unctuous jus or sauce that’s served with the duck confit. But the sauce is still quite something. Being the south-west, it’s dosed quite solidly with the Gascon liqueur of Armagnac as well as with chasselas de Moissac grapes that are grown in the Quercy, the former province that once covered most of the departments of Lot and Tarn-et-Garonne.

Poultry dishes abound in this region. The Noire d’Astarac Bigorre, or Gaston black chicken, is the primary ingredient in many of them. They were a favourite with Henri IV, the 16th French king who hailed from this region and was the father of Louis XIV. Alicuit, meanwhile, is a duck and chicken ragout that gets its name from the Gaston patois phrase ale y cot, meaning wings and necks, in other words, pieces of the bird that wouldn’t be used in more refined dishes. It was traditionally peasant fare, with the ragout created using white wine, olives, carrots, onion, garlic, tomatoes and duck or goose fat.

Cahors is renowned for duck dishes too, but also for Quercy lamb and for being one of the principal areas for the cultivation of black truffles. This mushroom is known locally as “the black diamond”, due to the size, flavour and demand for the Tuber Melanosporum, to use its botanical name. The Lot offers the perfect environment for these truffles to grow thanks to large numbers of oak and hazel trees, the limestone soil and Mediterranean-style climate. Although there are truffle “farms” where spores are laid in the soil and the cultivators then wait at least 15 years to see whether they’ve achieved a result of not, the traditional way to find them is using a trained dog or pig, the hunt, or cavage, taking place between December and March. The truffles sell for between 500-1,000 euros per kilo.

Cahors is also recognised for its red wine, mostly of the Malbec variety. Indeed, the designation AOC Cahors can only be applied to reds, with whites and rosés as vin de pays instead. Fittingly, given the likely destination of the yellow jersey, the Danish royal family has a history of wine-making in this region at the Château de Cayx. Queen Margrethe and her French husband Prince Henrik bought the château in 1974 and restored the residence’s winery to its former glory.