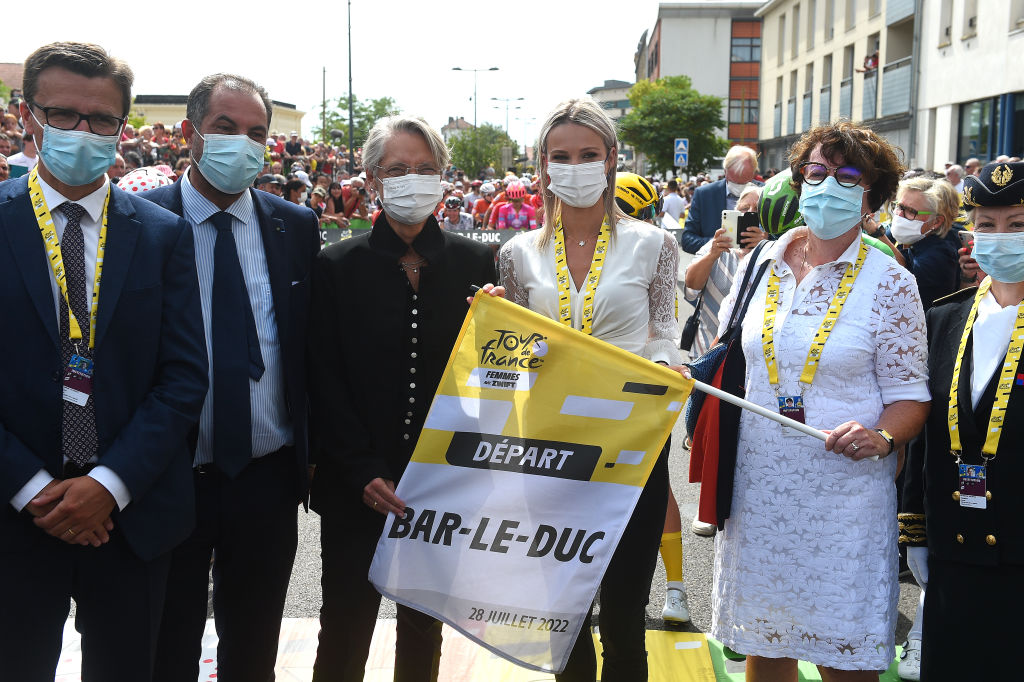 Marion Rousse, the director of the Tour de France Femmes, believes that the rebirth of the women’s race will accelerate the growth of women’s cycling and promote investment in its future.

Marion Rousse never really looks tired. She’s been living out of a suitcase now for five weeks, first as a lead commentator for French TV during the men’s Tour de France and over the past week, as director of the hugely successful Tour de France Femmes.

“Maybe I was made for the Tour,” she told Stelvio at the start of the penultimate stage of the women’s race in Sélestat. “When you’re doing a job that you’re passionate about, even when you’re tired, you can cope with it.

Judging by her high profile and the eager fans clamouring for her autograph, former French national champion Rousse is the perfect choice to front the development of the women’s Tour. “I was always sure of one thing with this race, that it wasn’t a gift that we were giving to women’s cycling, to create a women’s Tour de France.

“They simply deserve it, and you see the proof each day, with different scenarios in the race. And even though it’s the first year, it’s a proper Tour de France, with the caravan, the crowds, placards, flags – it’s great. It gives me shivers when I see it,” she said.

It hasn’t been perfect of course and she accepts that there are changes to be made.

“We’ve already learned a lot,” she said. “There are some questions to answer – some things we can improve on for next year. But looking at the popular success, the size of the TV audience, the interest in the race, the quality of the racing, it’s going to get bigger in the coming years.”

Ask her questions about the format of next year’s TDF Femmes though and you’ll get a direct response.

Will there be a time trial in 2023? “Next year’s route will be announced in October,” she said. “The route is already well-advanced. We’ll see then.”

And what about the rumour that Rodez will be the location of the final stage? “Ask the same question and you’ll get the same answer…”

But it’s when discussing the hugely positive reception to the new race that she warms to her theme. “It’s important in this first year to see the reception from the public, the media, the audience, the sponsors – because they don’t know with a new race how things will go, but it’s already impressive, on all levels. We’re making women’s cycling a part of everyday life. We’ve met the challenge and clearly, it’s going to grow in the next years.”

She knows too, that there are riders competing in her event that are not being paid. “I hope we’re contributing [to change],” she said. “Although women’s cycling has evolved, the economic model remains fragile. ProTour teams are on minimum salary and some riders in continental teams aren’t even being paid.

“It’s still an amateur milieu, for sure, and one hopes that, thanks to the audience, to the fact that the race is on TV in 190 countries around the world, that it’s the Tour de France, that the sponsors will be encouraged to invest in women’s teams and will feel that women’s cycling deserves it.

For the moment at least, it seems unlikely that the race will change much. “I think the format works well,” Rousse said. “The first step was to create a women’s Tour de France.”

“We are lucky to have supportive sponsors but we hope in the coming years we will have more budget to improve in some areas. But then it’s not only a question of budget, you can’t build a race of 10 days or three weeks on the spot, you need to develop it progressively. For now, it’s eight days.”