Gastro guide to the Tour: Stage 17, Saint-Gaudens to Peyragudes 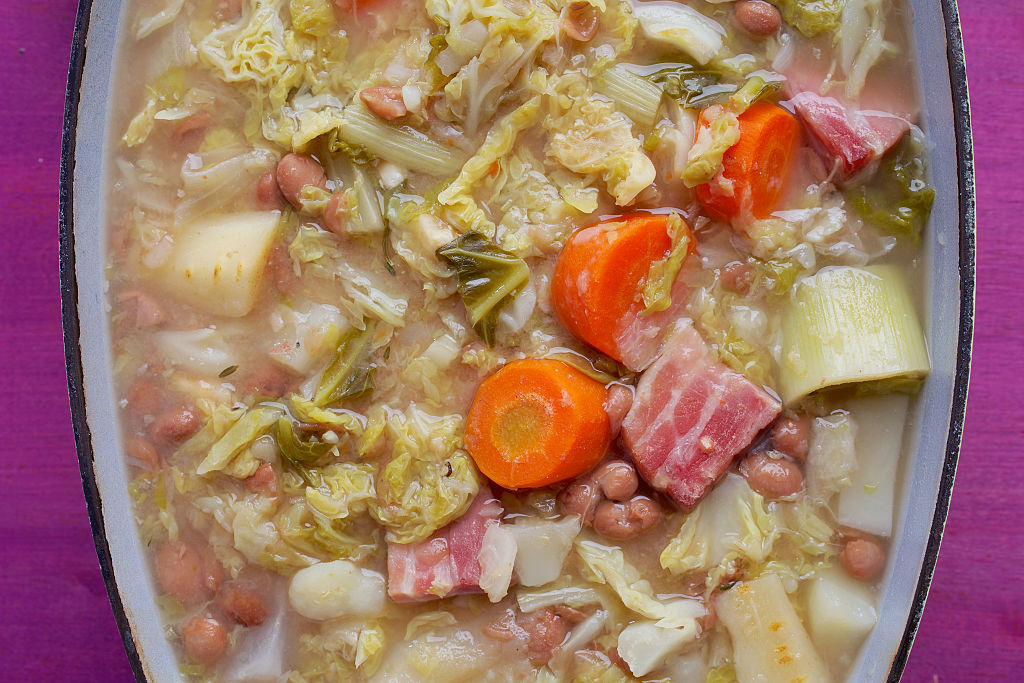 Pungent cheese, flans with rum and black pig stew await the peloton/caravan on today’s stage in the Pyrenees.

This stage doesn’t include any riding in the Ariège, but I’ve included the region’s emblematic cheese here because the start in Saint-Gaudens lies just to the north of where it’s produced. Bethmale takes its name from the village and valley that lie just to the south of the pretty town of Castillon-en-Couserans, on the lower part of the climb to the magnificent Col de la Core.

Produced from raw cow’s milk, the wheels of cheese are stored for several months, during they’re regularly coated with brine, creating a gooey rind around a pale but pungent cheese. Nearby, Lac de Bethmale is a popular destination for walkers and picnickers, particularly in the autumn when the trees start to turn and produce stunning reflections in the lake’s waters.

Just west of Saint-Gaudens, the town of Montréjeau is the centre for production of the intriguingly named Napoléon Commmingeois, the Comminges being the historic domain of the Counts of Comminges. A round tomme cheese produced using pasteurised Manech sheep’s milk, this creamy-looking and -tasting cheese has a reddish rind. It gets its unusual name from the Penne Haute mountain near Montréjeau, also known as “Napoleon’s nose” due to its appearance.

The most renowned regional pastry is the millasson, which is somewhere between a flan and a custard. Traditionally made using ground millet, although regular flour now tends to be used, it’s got a soft texture that gets a kick with the addition of vanilla and rum.

Heading into the Pyrenees, almost every menu will feature garbure, a hearty stew traditionally based on cabbage and goose confit, but now prepared using ham, cheese and stale bread. It was the standard meal for the peasantry, a stew that would be topped up with whatever was available on a particular day, meat on those occasions when it was available, but more often vegetables, beans and beets. In Pyrenean restaurants, I’ve often seen it served in a huge tureen, the diners then serving themselves to as much or as little as they want.

The Bigorre region that historically lay to the west of the Comminges is home to the Noir de Bigorre pig that is the central ingredient of many local dishes, as well as rolled sausage and cured bacon. The breed, the oldest in France, was in danger of extinction in the early 1990s because the pigs grow much more slowly than more commercial breeds, have a higher fat and therefore lower meat content, and aren’t viable for intensive farming. However, over the last three years, initiatives have been put in place to encourage local farmers to raise them as a part of a cooperative group. This has led to the production of local salamis and cured prosciutto that are prized for their distinctive flavour.

Bigorre black pig is often in a stew served with Tarbes beans, the local white legume. They were introduced into the region during the 18th century. Well suited to the warm but wet climate and soil, they became a staple for locals. The seeds of these climbing plants are often sowed in between maize seeds, the latter providing a support on which they can thrive.