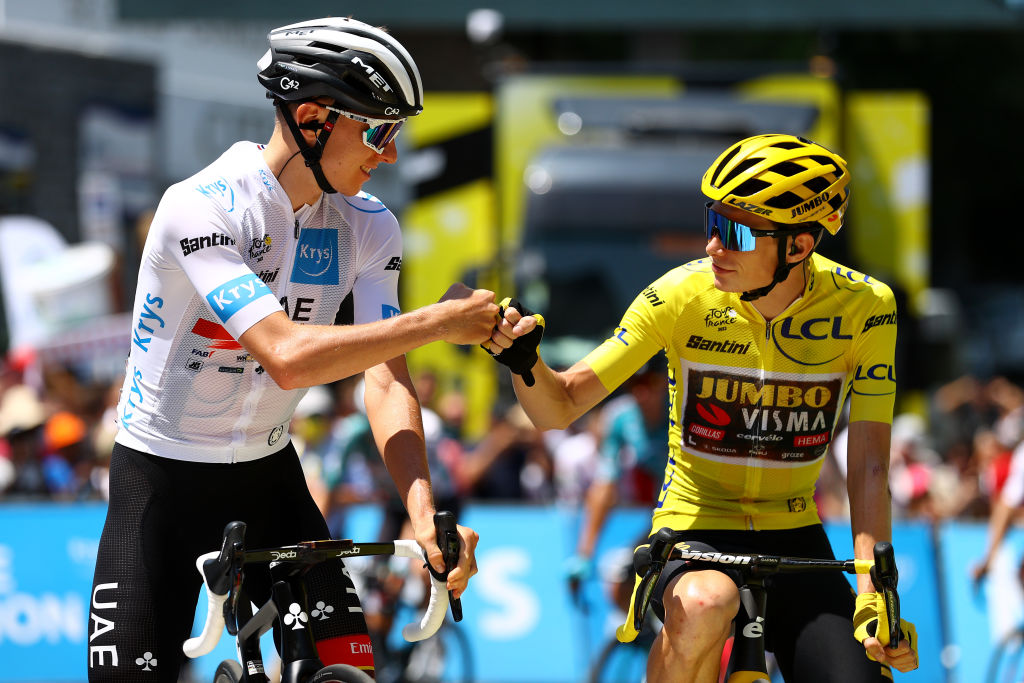 Cycling’s etiquette of not attacking the race leader when he’s crashed, has long been subject to interpretation.

For a sport so steeped in suffering, the code of honour between its champions, on what is, and what isn’t acceptable, is highly nuanced and occasionally incomprehensible.

It was on show on the final mountain stage of this year’s Tour de France, when Tadej Pogačar overcooked a left-hand bend on the descent of the Col de Spandelles, found himself sliding into gravel, and ended up lying on his side.

Moments before, his rival, race leader Jonas Vingegaard, had almost crashed, due to the pressure that Pogačar was putting him under. Yet it was the Slovenian himself who slid into the gravel and ditch, after making a mistake. Etiquette would suggest that Vingegaard, the yellow jersey, was under no obligation to wait, yet, out of respect for the Slovenian, he chose to.

“Of course I waited,” the Dane said afterwards when asked about the incident.

But some might question why: the etiquette that applies to the yellow jersey is supposedly different to others in the peloton. Racing is all about endurance and strength of course, but also skill and bike-handling. That applies to sprinters, time triallists and also to descenders.

But Pogačar hit the deck: it was nobody’s fault but his own. He wasn’t in the maillot jaune. He just did that thing, that human error thing, that we don’t expect from him.

Ultimately context played into what happened next.

Vingegaard led at the time by minutes; if it had been seconds, would he have been so chivalrous? Would Pogačar, having worked so hard to test him on the descent, have waited if Vingegaard had crashed? Wasn’t that his goal, to test the Dane’s nerve and force an error in the hope he could gain time before the final time trial?

In some ways, waiting was a smart move by Vingegaard. By waiting, he exuded both sportsmanship and confidence. He emphasised his supremacy with a simple act.

‘I know I can beat you, even if I wait for you after you made a mistake..’

As he said afterwards, Vingegaard likes Pogačar and respects him. Plus there’s always the chance these moments will come back and bite you, one distant day, if you get them wrong.

Over three weeks, Grand Tour riders get put through the mill. Maybe that’s why they build a bond, forged through shared experience of pain and suffering, something that none of us can understand unless we have been there too. Maybe that’s why.

Maybe that’s why Lance waited for Ullrich, and why Ullrich waited for Lance. On the other hand, Nairo waited for no one and went on to win the 2014 Giro. His reputation has never fully recovered.

And Dumoulin? Well, caught short, he went for a dump in a field while wearing the maglia rosa and nobody even thought about waiting for him. He still won the race though.

So much for chivalry.