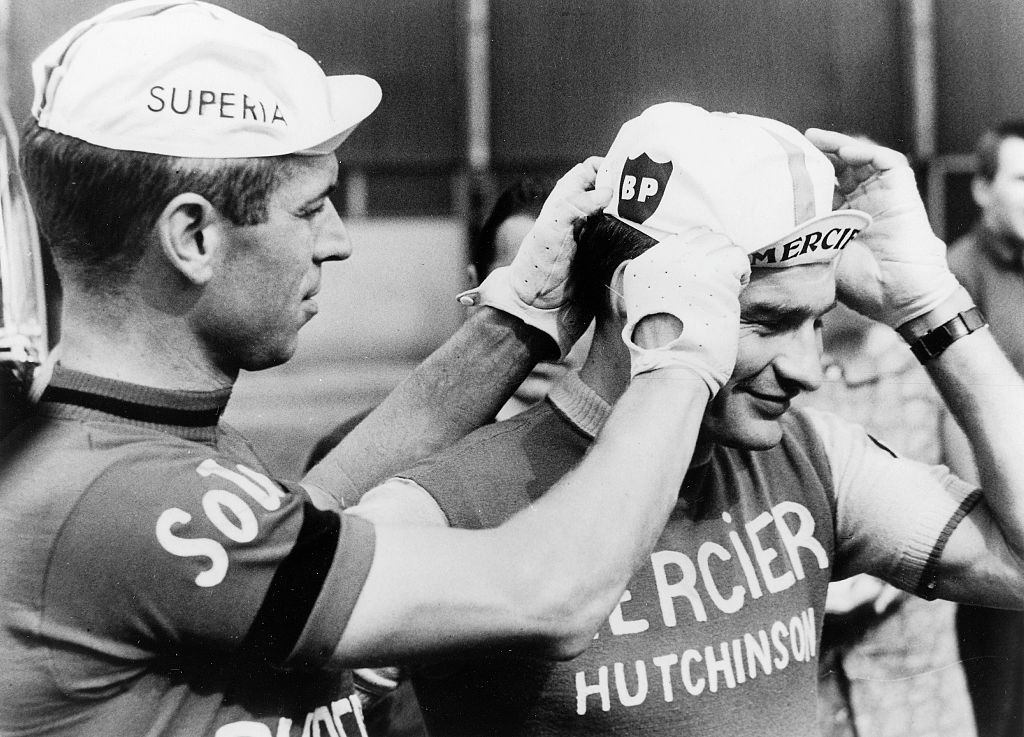 In Jonas Vingegaard and Tadej Pogačar, dominant forces in the past two Tours, cycling has the makings of a gripping duel.

The beginnings of a rivalry in cycling are a delicate moment. We choose sides based on the characteristics displayed, as one rider wins and the other doesn’t. Cycling, at its highest level, has always thrived on animosity. Public popularity, (or lack of it), isn’t tied to success. Sometimes defeat accepted with good grace has more appeal to fans than the dominance of a winner who has little humility.

I’ve been fortunate enough to meet a few of those who lived through some of the most famous spats. I’ve seen a few up close and personal. Contrary to appearances, they aren’t always a simple case of good versus bad, winner versus the eternal loser.

The best example of the beaten rider profiting from more sympathy must be the rivalry between Raymond Poulidor and Jacques Anquetil, which boiled down to peasant versus playboy, countryside versus city. Nobody dared hint that it might also be crude versus cultured, but then my choice was made outside of the period when they competed against each other.

I definitely preferred Anquetil, probably because he was connected to my old club, ACBB, and sometimes popped into the Service Course where he would be perfectly amiable and engaging. Of course, being young and impressionable, we weren’t a difficult audience, but in contrast to Maître Jacques, I have to say that Poupou was a miserable sod.

It’s not like my prejudice against the ‘eternal second’ was formed when he was directing the Tour du Limousin and would regularly tell us to ride faster. He seemed to have forgotten the post-Tour fatigue that lingers on in mid-August and that his home roads were rough, roasting and rural, with no one watching.

No, my contact was much more personal. Poulidor was a good friend of the guy who looked after the local cycling club when I lived near Troyes. I had many a meal in his esteemed company. Only thing was, that I couldn’t see why almost everyone liked his melancholy.

Perhaps my city roots influence my affinities because I’ve always taken sides with the rider who has had to deal with traffic lights, not tractors. Yet since I left Glasgow, I have lived most of my life in villages or very small towns. But stepping out of my door onto a road that goes through green and pleasant landscapes hasn’t changed anything.

So, what about Bernard Hinault versus Laurent Fignon?

The former was too aggressive and too damned proud, and I’d rather have pulled my fingernails out than give in to admiration. When he finally stopped racing due to Greg LeMond making his life difficult, the ‘Blaireau’ almost turned into a normal human being. I say almost, because he still had, or has, hints of that aggression bubbling under the surface.

Fignon versus Greg LeMond was a problem as I liked both. It boiled down to Greg’s innocence versus Laurent’s insolence, so it was decided by where I would rather have lived, France or the USA. Sorry USA, but Europe wins every time. Why? Just because that’s what I prefer.

What about Miguel Induráin? Well, I was glad when Bjarne Riis beat him. Then we come to the ultimate disgrace of choosing between Lance Armstrong or Jan Ullrich.

How to choose though, when the American’s brashness was pitted against the steamroller of the East German system. It’s tempting to decide on capitalism over communism, but the Telekom kit was more distinctive. Therefore, I was led by the visuals. The complexities of Ullrich’s tangled web that emerged later confirmed to me that pink was better than blue.

Alberto Contador battling with the Schleck twins, or the Cadel Evans of this world didn’t have the required level of venom that the best fights have. Chris Froome doing over Bradley Wiggins hinted he could harbour that excess of nastiness that the five-time Tour winners club say is just competitiveness, but then Froomey is too polite in his interviews and public-facing demeanour.

Maybe if he had been up against someone consistently at his level then we might have discovered otherwise, but challenges came and went, and his era was marked more by internal team politics than by outsiders giving him grief.

Now we enter what looks like being the beginning of a battle between Jonas Vingegaard and Tadej Pogačar. The old rules, of country versus city, can’t be applied. They both come from small places, undistinguishable as neither good or bad, happy or sad.

For the moment they are both perfectly likeable for different reasons, so how do you decide? Their kit, their bikes? Colnago or Cervélo, Campagnolo versus Shimano, yellow or white. Tufty or tough? Maybe the first to show that really nasty streak that’s both impressive and scary at the same time will be the trigger. Whichever it is, the entertainment looks guaranteed.