Bardet happy just being there 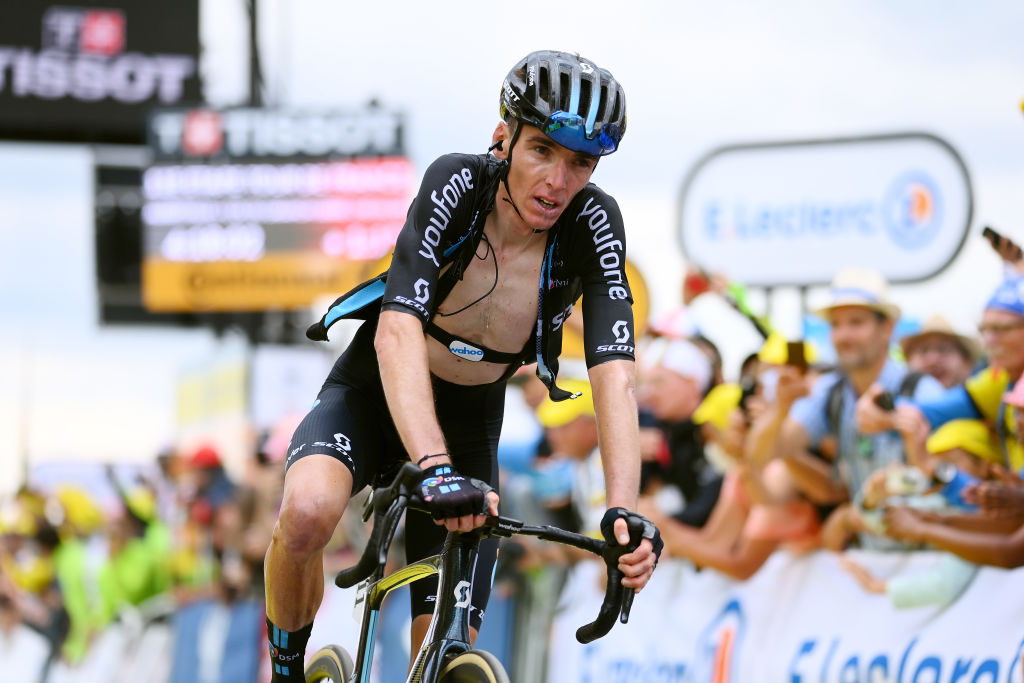 It’s been a long and sometimes tortuous road for Romain Bardet, but with the peloton in the high mountains, the climber from Brioude in the Auvergne is enjoying his best Tour for years.

When Romain Bardet crossed the line at the top of the Col du Granon on Wednesday, a little over a minute behind the flying Jonas Vingegaard, he needed space. So, beyond the crowds on the finish line, he dropped his bike on the verge and sat down, alone with his thoughts, staring out at the Alps as he recovered from his effort.

The 31-year-old arrived in Copenhagen, not fresh from altitude training in Tenerife, or a stage in the Alps or Pyrenees, but from a holiday of barbecues and evening walks with his wife and child. But then Bardet is mellower in his thirties.

Even so, the Frenchman has been at the centre of some of the most dramatic moments in modern cycling. In 2016, he finished second overall to Chris Froome. Few will forget the images of him slumped, spent and exhausted, at the finish of the Marseilles time trial, that Tour’s penultimate stage.

He was third overall in 2017, but in 2020 he quit the Tour after crashing on the stage to Puy Mary when fourth overall. Clearly concussed, he was allowed to continue, but withdrew from the race that evening, later revealing that he had suffered a small haemorrhage.

The ensuing polemics around the incident and the lack of medical care for him at the scene fuelled changes to the UCI’s concussion protocol.

This year, that experience seemed to be an influence when he acted valiantly to tend to his rival and compatriot, Julian Alaphilippe, after his sickening crash in Liège-Bastogne-Liège. Bardet, like everyone else, could have raced on; instead, he comforted his injured friend.

“He could hardly speak, breathe and couldn’t move,” Bardet said afterwards. “I thought I was the only one to see him there, suffering, and that the race would just carry on. The motorbikes left, the team cars too and I was there, alone in the ditch. I was calling out and nobody heard me. It was hugely distressing.”

All those experiences, the best of times and the worst of times – perspective, you might call it – were surely evident as he sat on the verge, breathing hard, as he took in the scenery and the fact that he had climbed into second place overall. He’s not perfect – he was thrown off Paris-Nice in 2017 for hanging onto a team car – but his quiet humanity has made him one of the best-liked riders in the bunch.

“I am happy because I am in the mix,” he said after the finish on the Granon. “I’m not a fan of being sixth overall and calculating who can overtake me. Sure, I am not among the two or three very strongest, but I’m not that far behind. Vingegaard and Pogačar are better than me. I’m in the group just behind, with Geraint Thomas, for the moment.”

Bardet has always seemed modest, even shy. But with Pogačar fallible, and the Massif Central and Pyrenees still to come, he is as he says, still very much in the mix. Although he slipped to fourth overall after the stage to Alpe d’Huez, another top five finish may yet be within his reach.