Jumbo’s fireworks deliver the stage of the century 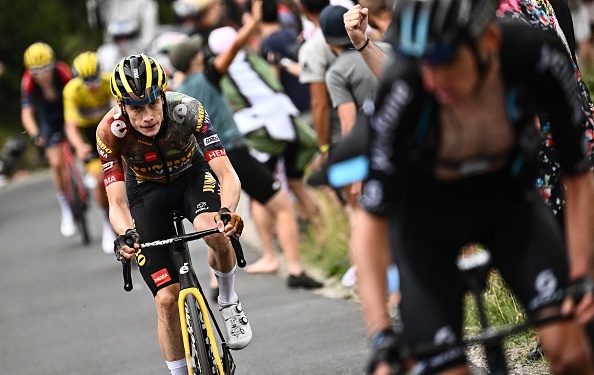 According to cycling historian Serge Laget, “15% of the Tour’s stages take place in the mountains, but 90% of its legends are written there”. Let’s make that 91% after an extraordinary day of racing over the mighty Col du Galibier and up the Col du Granon, described again and again by stage winner Jonas Vingegaard as “brutal” in his post-victory press conference.

It compared with some of the most memorable in the Tour’s 119-year history, but with two in particular. The most obvious comparison was with the one and only time the Granon had previously featured on the race route, back in 1986. Victory that day went to Spanish climber Eduardo Chozas, the only survivor of the breakaway on a stage that came towards the Granon from the south via the towering Vars and Izoard passes.

The critical action was unfolding behind Chozas, though. Defending champion Bernard Hinault was in the yellow jersey, with his La Vie Claire teammate Greg LeMond 34 seconds behind and Switzerland’s Urs Zimmermann very close to three minutes back in third place. Near the top of the Izoard, Hinault, troubled he said later by knee pain, lost ground on this pair, who finished together at the summit of the Granon, where LeMond took the yellow jersey for the first time in his career. (Incidentally, in this morning’s edition of L’Équipe, Hinault offered a revisionist account of that day, suggesting that he’d been following team orders that day and had let his rivals go clear!)

There were also similarities with the 1975 stage to Pra Loup, when Eddy Merckx, a five-time Tour winner and apparently impregnable as he headed towards a sixth with the yellow jersey already on his back, reached the foot of the final ascent on his own. Then, as inexplicably as Pogačar today, Merckx began to wilt and had no answer when Bernard Thévenet surged past him and went on to achieve the stage and yellow jersey double that Vingegaard emulated on the Granon.

The Dane’s success, which came on the back of an astounding display of teamwork by Jumbo-Visma, was the best stage that the Tour has seen for years, better even than Andy Schleck’s raid over the Izoard and up to the summit of the Galibier back in 2011, which saw the Luxembourg rider take a courageous solo victory but fall just short of taking yellow. Like Schleck’s Leopard-Trek team that day, Vingegaard and Jumbo knew that there was little to be gained by having one of their riders finish second in the Tour for the third year in succession. It was win or bust.

Vingegaard explained that their strategy had been to get a rider into the break, a goal that Christophe Laporte and Wout van Aert quickly achieved, and then for their leaders to attack from a long way out. The first assault came on the Col du Télégraphe, with 70km remaining, from Tiesj Benoot and Primož Roglič, Laporte soon offering his weighty support after dropping back from the break.

With the peloton slimmed down and lined out, Vingegaard and Roglič, the most chiselled-looking of WWF tag teams, went to work. First the Slovenian went, then the Dane, then Roglič again. And so it went on, Pogačar ultimately deciding that the best way to defend the yellow jersey was to attack.

After descending from the Télégraphe, into Valloire and then starting up the early slopes of the Galibier, Jumbo’s dynamic duo started jabbing at Pogačar again. High on the famous pass, Pogačar once more responded by forging ahead, Vingegaard the only rider able to follow his pace to the summit.

Had Jumbo overplayed their hand? One on one, Pogačar tends to be unbeatable, but the Dutch team had counted on the long descent from the Galibier to the bottom of the Granon giving them time to regather their forces and go back on the attack. Van Aert came back to the front, Sepp Kuss was there too, while Roglič produced a blistering final burst. When Vingegaard began what proved to be his winning salvo 5km from the line, Pogačar, who’d been laughing and joking at the TV cameras minutes earlier, was done. Ashen-faced, he rapidly lost ground as rider after rider passed him. Jumbo’s kitchen sink treatment had worked. A great team had beaten a great individual.

Looking back to those two famous stages in 1975 and 1986, both of the Tour winners vanquished on those legendary days bounced right back. Hinault won at Alpe d’Huez the next day, crossing the line hand in hand with LeMond. Merckx kept harrying Thévenet all of the way to Paris. Yet, in both cases, their conquerors prevailed and rode into the French capital in yellow.

Will Jonas Vingegaard follow suit and go on to emulate LeMond and Thévenet by downing the defending Tour champion and taking a first title of his own? Thursday’s stage to Alpe d’Huez will provide an initial answer…