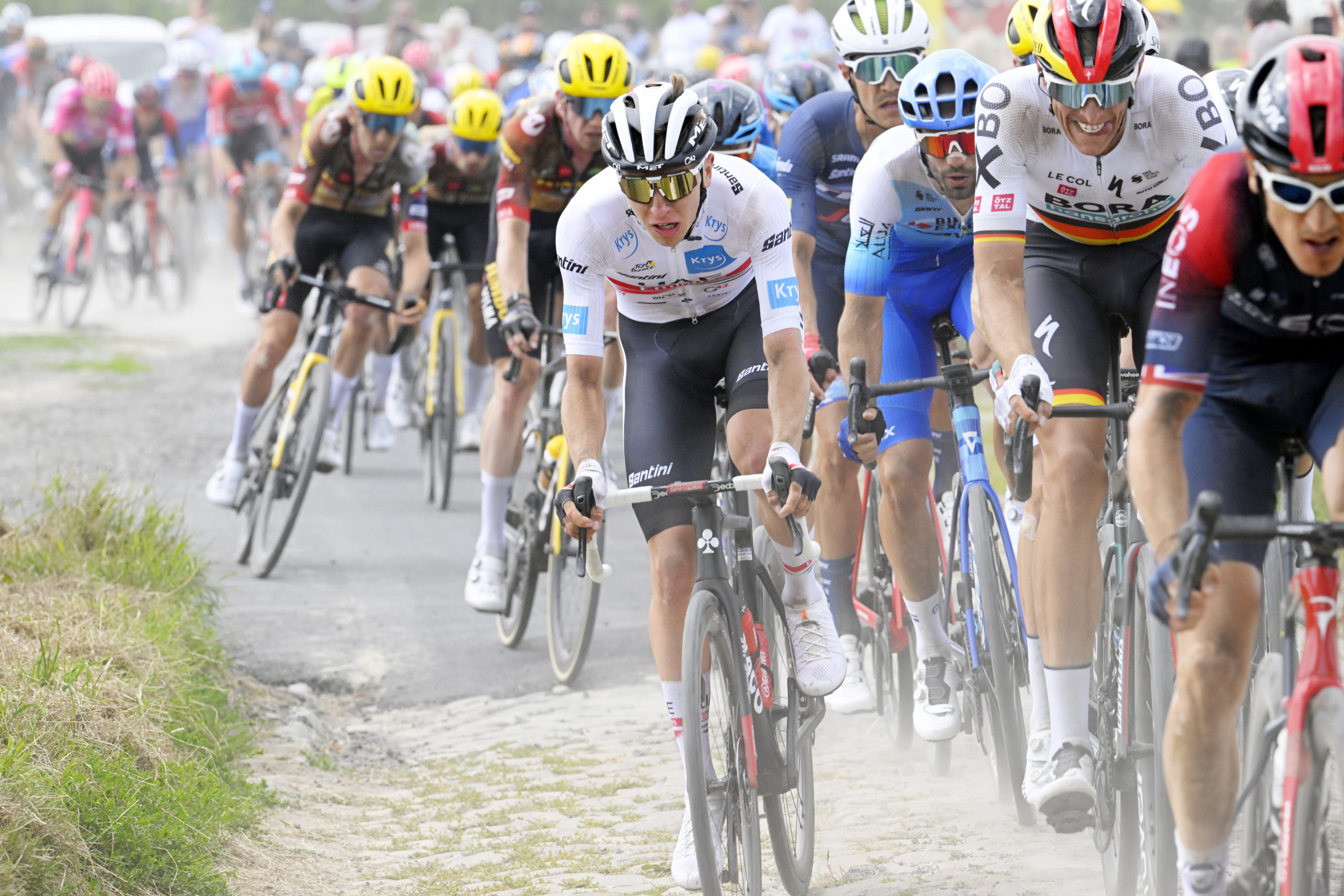 The cobbles of the Hell of the North didn’t disappoint, with panic in the peloton fuelling an engrossing stage. Throw in a hay bale or two – in this case, quite literally – and it’s wacky races on the Tour de France.

Now the dust has settled, it’s time to try and digest the meaning of stage five of the 2022 Tour de France. Perhaps the biggest takeaway is that Jonas Vingegaard is almost certainly the biggest obstacle to a hat-trick of Tour de France wins for Tadej Pogačar, and that if the Dane does win in Paris, he will owe Wout Van Aert a very large beer.

In a Jumbo-Visma triple whammy of mishaps, most of which happened away from the cobbles, all seemed lost. Van Aert crashed, Roglič crashed, Vingegaard had a mechanical at just the wrong time.

Yet somehow they clawed it back, although not for Roglič who might reasonably be thinking that he should just stick to the Vuelta. After all, Spain in early September, is really good, no…?

Looking frail, a little shocked and lacking the usual good humour, the Slovenian spoke briefly to the media after the stage to confirm that he’d dislocated his shoulder and then put it back in himself. No wonder he looked slightly green.

How many more years will Roglic go into the Tour as a team leader? Maybe this wasn’t his last chance but it will take a remarkable fightback to regain the ground lost on the flat roads of the Franco-Belgian border. Now he may prove to be Vingegaard’s best support rider in the mountains.

Most other team leaders had a tale of woe. Geraint Thomas crashed too, caught in the same fracas that took down Roglič, while others were stymied by cars, and punctures, or simply blown away in the heat and dust.

So now they look ahead to Friday and the Super Planche des Belles Filles, scene of the famous turnaround of 2020 when Roglič  lost his yellow jersey in the face of another onslaught from his young compatriot.

The smart money would say that it’s likely to be a happy return to the climb on which Pogačar won his first Tour, with the chances that he will be in yellow by Friday night looking high. Now his rivals have to start thinking about options and decide whether victory is still in reach or, even before the end of the first week, it’s time to think about the podium.