The Tour is won on Hautacam — if you’re Danish…. 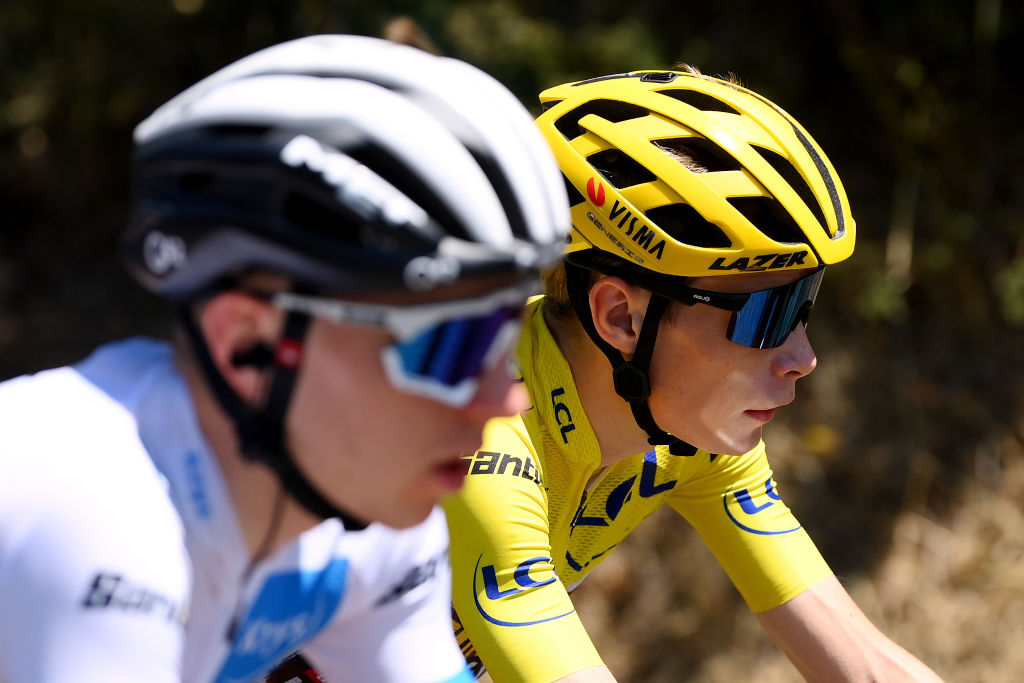 Vingegaard (right): could he put the GC beyond Pogacar (left) on Stage 18?
Wednesday 20th July 2022
Share

The shamed Bjarne Riis ‘won’ the 1996 Tour on the climb to Hautacam. On Thursday, Jonas Vingegaard may provide the opportunity for Denmark to leave that bittersweet memory behind.

“I’m optimistic,” he told the press after winning the awful and cruel finish at Peyragudes. Maybe after watching team mates Mikkel Bjerg and Brandon McNulty sprout wings, he has every reason to be.

But let’s get real. It will now take a phenomenal collapse from Jonas Vingegaard and his Jumbo-Visma team to derail what increasingly seems likely to be a first Danish win in Paris.

Yes, I know — there was that other guy, with the blue eyes and bald head, the thousand-yard stare and the explosive performance on, erm, Hautacam, who won in 1996, but nobody counts him – right? There would be a huge closing of the circle, from 1996, and Bjarne Riis’ ‘coronation in Copenhagen’; to 2022, and the redemption of Danish cycling by Vingegaard, especially if Hautacam — the Pyrenean climb on which Riis flayed his opposition — is also the climb on which Vingegaard — just a glint in his father’s eye, back in 1996 — seals the deal.

I was in the press conference bus on the finish line at Hautacam in 1996, when Riis, eyes wide and seemingly stunned by his own achievement, sat down to explain his win. A few days later, Miguel Indurain, the sun king, the five-time champion, the time trialling metronome, had been crushed again, this time on the baking hot road to Pamplona. Indurain quit cycling for good, only a few weeks later.

When this men’s Tour de France started, almost three weeks ago, Vingegaard was welling up at the reception he was given by Danish fans at the team presentation. There is a lot of goodwill towards him, a humble hard-working, unflashy kid, riding his second Tour and on the verge of winning it.

Then there is the deep-seated need for Denmark to have a feel-good cycling story, as opposed to the feel-bad histories of Riis and also of Michael Rasmussen, who was humiliated and ostracised when on the verge of victory in 2007.

Riis’ confession to doping, subsequently the subject of a thousand memes, appalled his countrymen. Like Indurain on Hautacam, it was the moment when he lost his audience, for good. Pogacar, in contrast to Vingegaard, has a shadow side, one which is denied by those who love his swashbuckling riding style, but that is there nonetheless.

There is the unease over the sponsors, UAE Emirates, through concerns over sportswashing of course, and to add further spice to the mix, the highly unsettling histories of his team boss, Mauro Gianetti.

Gianetti’s history — of Ricco and Cobo, both ex-proteges languishing in exile — is all water under the bridge of course, to those working in the race convoy, but it doesn’t mean it’s forgotten.

In reality, Pogacar now has one chance left: the horrible climb to Hautacam — where Riis definitively ended the aura of invincibilty surrounding Miguel Indurain — on which to really make a difference. If he pulls it off, it will be legendary within the convoy, for a while at least. It’s highly unlikely, though, that he can do it.

Anyway, the kid knows that he will win other Grand Tours, even if he doesn’t win this one. Destiny says this year has to be Danish. Both Rasmussen and Riis, weary of their many long years in the shadows as Denmark’s black sheep, will certainly be hoping so.