Stage 16: The Mur de Péguère: a beauty and a beast 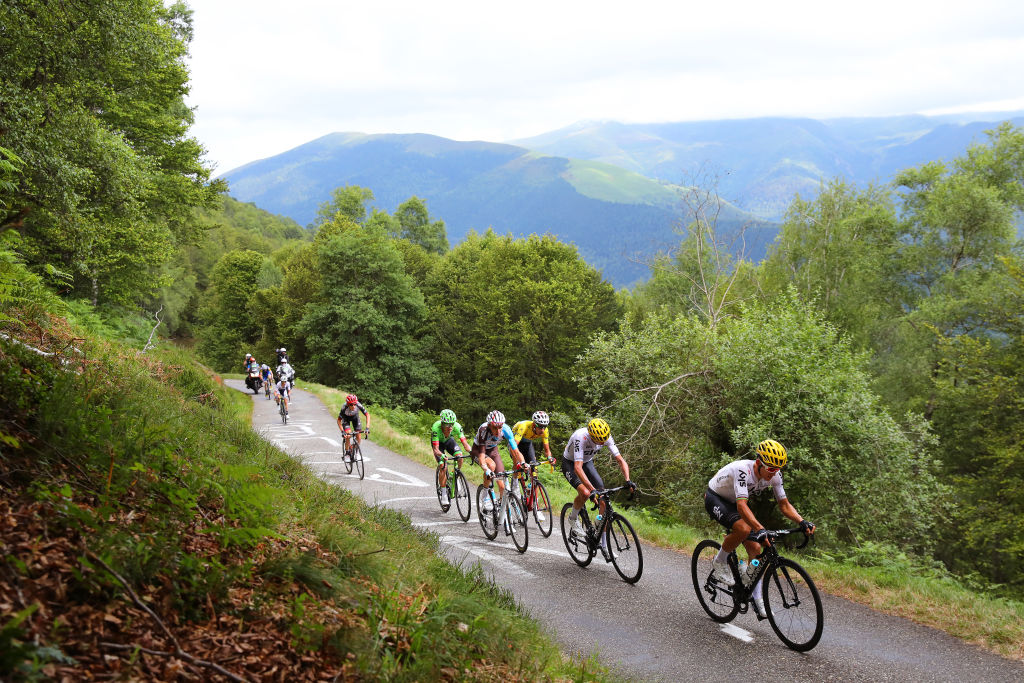 Seeing a pro bike race on roads that you ride on is always a thrilling moment for any cycling fan, and even more so when it’s the Tour de France. I’ll never forget the euphoria that gripped Yorkshire when it hosted the Grand Départ in 2014, and I have a similar buzz of excitement about today’s stage, which passes through my home village a few kilometres before arriving in the finish town of Foix.

Before reaching my village and the finish, the riders will have to tackle the Col de Péguère, the pass I ride on more than any other. From the Foix side, it’s 17km to the 1,375-metre summit, a long haul, but not especially tough compared to some of the other big passes in the area.

It’s a climb of two halves, the first section to the Col des Marrous (990m) twists through woodland, the gradient changing frequently. In other words, it’s a typical Pyrenean ascent. This is the most technical section when descending towards Foix.

Above the Marrous, the road’s steeper, straighter and runs through pine forest that blocks out the view across the flatlands just to the north of the Pyrenees. It’s heavily logged, the high-pitched whine chainsaws frequently the accompaniment to your breathing, and I don’t ever enjoy it too much, but I’m always happy to slog up it because of the immense reward that awaits at the top.

Coming around the last corner, there’s a stone “hut” at the crest of the pass and, just beyond it, one of the best views anywhere in the Pyrenees. You can pick out the Col de Port, the mighty peaks of Estats, Montcalm and Mont Valier, and, in the valley below, the small town of Massat, long a draw for alternative lifestylers. When it’s clear, you can pick out much more distant peaks, occasionally the Pic de Midi, overlooking the Tourmalet pass almost 100km away as the buzzard flies.

You also find yourself at the top of the Mur de Péguère, the most infamous of the seven roads that lead towards this pass. The final section of road is marked with the message “NON A L’OURS”, daubed by those who oppose the reintroduction of bears into the mountains because of the threat they offer to grazing livestock.

The road is very narrow, little more than a car width across, and plunges away from you, reaching a sharp hairpin very quickly. Once you’re around it, the descent gets steeper the further you go down. After a first kilometre at 10%, the second averages 12 and reaches the only other hairpin, which funnels you down onto the final kilometre at 14%, which is pretty terrifying as it hurtles down to meet the road between Massat and the Col de Port.

Even more terrifying, though, is the prospect of approaching the Mur from the other direction. It’s one of those few roads that’s a “goat-track tarmac laid on it”. Farmers used to drive pack animals that were carrying their cheeses and other produce up the steep escarpment in order to reach the Barguillère valley that leads down to Foix and, more often, the towns in those flatlands to the north.

I only ride this way once or twice a year, usually well into it when I’ve got plenty of climbing in my legs. I learned my lesson the first time I tackled it in 2017. Almost cooked when I arrived at the foot of the Mur, I got 500 metres up, stopped, and never got going again. I was taking part in a “fun” ride over the 100km route of that year’s Tour stage into Foix. I trudged for almost 3k up the climb along with a guy pushing a recumbent, the only person taking part who was obviously more unprepared than me.

On the few subsequent times I’ve been back, it takes me more than 25 minutes to reach the top. Once I get to the first corner, after that first kilometre at 14%, I know that the gradient is gradually easing, but I’m never aware of that. I make frequent glances back to my rear cassette just to confirm that I haven’t a gear left I can change down to. It’s a slow-motion torture.

I do have good memories too, though, of walks and wild camping with my family and, on the racing side, of Britain’s Stevie Williams riding up it in the yellow jersey as race leader of the Ronde de l’Isard, one of the most prestigious under-23 races. And there’s always that view as well, which is always worth the effort whichever you tackle the Péguère. Beauty after the beast if you like.

Peter Cossins is the author of A Cyclist’s Guide to the Pyrenees.