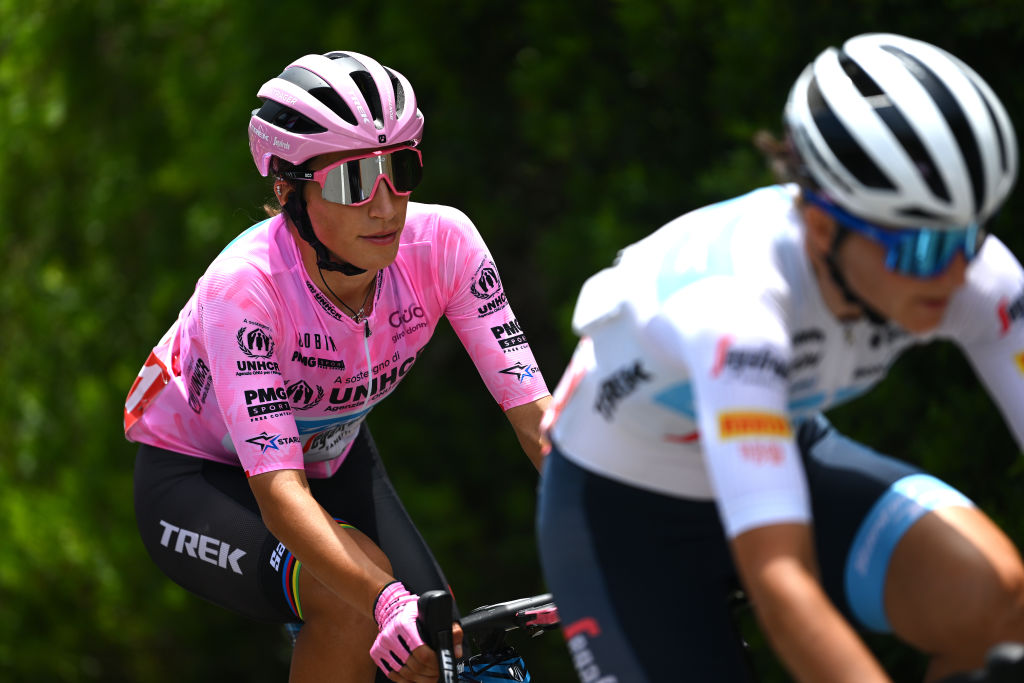 With all the excitement surrounding the Grand Départ of the men’s Tour de France, cycling fans can be forgiven for not being aware that the prestigious women’s race, the Giro Donne, is taking place alongside it.

The ten-day Italian stage race, the Giro Donne, is one of the most prestigious races on the Women’s WorldTour calendar but has long been plagued by a plethora of issues, some of which threaten the events very existence.  The Giro Donne currently clashes with the Tour de France in the racing calendar, leading to the eyes of the cycling world being firmly fixed on events over in France. This conflict is far from ideal.

Another issue for the Giro Donne, is that the new Tour de France Femmes is scheduled to begin just 14 days after the Italian race finishes. This short recovery time between two of the most important stage races of the year has led to some of the peloton’s brightest stars skipping a voyage to Italy in favour of taking on La Grande Boucle. Demi Vollering, Ashleigh Moolman-Pasio and Lorena Wiebes were just some of the big names not on the start line in Cagliari.

This all means that some of the most enthralling racing of the entire season can feel reduced to a mere afterthought, especially with the media hype surrounding the Tour de France Femmes.

There is one simple fix to this problem though: moving the Giro Donne to a more suitable date in the season would give it the focus it deserves. If the race were to take place shortly after the men’s Giro d’Italia, as was recently suggested by former Italian champion Elisa Longo-Borghini, then it would no longer overlap with another Grand Tour. In theory this change would increase the attention that each of the races get from fans and the media alike.

This point takes us to the next big challenge that the Giro Donne faces — its lack of presence both on television and online. The race was reinstated to the Women’s World Tour this season after the old Giro Rosa was demoted to the ProSeries in 2021, partly due to its poor television coverage.

Fortunately, the Giro Donne is now subject to the UCI’s mandatory 45 minutes of daily television coverage. Whilst this still isn’t enough, it’s an issue that haunts the whole of women’s cycling, not just this particular event.

Over on Twitter, the race’s official page has just 2,000 followers compared to the men’s Giro d’Italia having around 300,000. This obvious disparity could easily be bridged by simply combining the two pages and posting updates about each race from the same account. This way fans would not have to follow two pages, and the riders would get the equal coverage that they deserve.

There is still a long way to go until parity between men’s and women’s cycling is achieved, but just a few simple alterations to how a race as big as the Giro Donne is run and promoted could make a massive difference to the race and to the women’s cycling scene as a whole. Then all of the races, including the Tour de France Femmes, would feel the benefit.