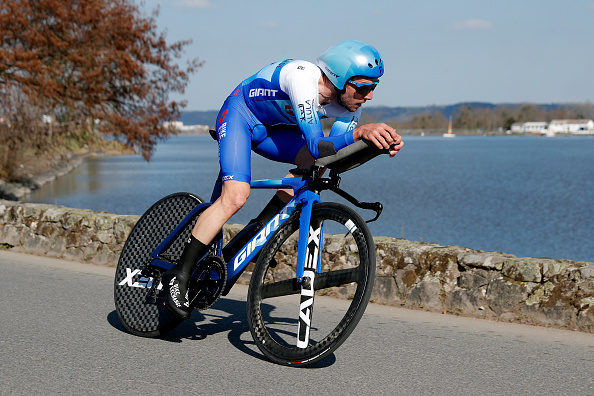 Simon Yates starts this year’s Giro d’Italia as one of the favourites. It’s a justified tag given his track record. But the Giro is also a race in which he has done a lot of his growing-up in public.

Buoyed by two stage wins in the recent Vuelta a Asturias, second overall in Paris-Nice in March, his podium finish in last year’s Corsa Rosa, his 2018 Vuelta a Espana win and the rollercoaster ride of that year’s Giro, in which he famously ultimately sank into the gravelled hairpins of the Colle Delle Finestre, it’s reasonable to envisage Simon Yates in the top three, if not in the final pink jersey, in Verona on May 29.

The career results speak for themselves, but it’s also fair to say that Bike Exchange-Jayco’s leader has a ‘difficult’ relationship with the Italian race, concealed, most of the time, by his bland and non-committal comments. The chastening experience of 2018, when he seemed unstoppable and assured of victory for most of the race, but then shipped 38 minutes to stage winner Chris Froome on the road to Bardonecchia, still hangs over him.

That defeat, two days from the finish of the race, left its mark. It also brought out a pugilistic side to Yates that the media had never seen before.

The uncharacteristic grandstanding that overshadowed the build-up to the 2019 Grande Partenza, in Bologna, was toe-curling. Interviewed before the Giro by Andy McGrath for Rouleur, and no doubt driven by a desire to avenge the humiliation of the previous year, he went over the top.

“My rivals should be shitting themselves,” he told McGrath.

When asked in Bologna, at the team’s press conference, on the eve of the 2019 Giro’s start, if he stood by the quote, he doubled down.

“I’ve been thinking about this race for almost 12 months now,” he replied. “I’ve been very dedicated, very focussed. And if I was in their position, I would be scared. I would be shitting myself.” Sitting beside him, his team’s long-standing and straight-talking sports director, Matt White, looked wide-eyed.

For a rider who usually sticks to bland finish-line platitudes — “It is what it is” is a favourite — it was a startling glimpse into his psyche. But it hardly won him friends, with Vincenzo Nibali suggesting that Yates should “show some respect,” while also acknowledging that sometimes it was good to have a “little bit of pepper” in interviews.

Yates took eighth that year, hardly a result to justify the bombast, but he bounced back in 2021, with third overall to Egan Bernal and victory on stage 19. He said recently that he might change his schedule and move on from the Giro in 2023, that he might have a tilt at the Tour, but the sense of unfinished business with the Corsa Rosa will persist if this year’s Italian Job is another near-miss.

With no Tadej Pogacar or Primoz Roglic on the start line, and almost a decade of Grand Tour riding behind him, it’s reasonable to ask, if not now, then when? Walking away from the race he so utterly dominated four years ago, without ever avenging that defeat, would seem a strange choice, given the volatility and unpredictability of the Tour, and the domination of the Slovenians. But it would also be in keeping with the pragmatism that characterises his public personality.

For now, however, Yates goes again and, if his form holds, will definitely be one of the riders to beat as the Giro reaches its mountainous climax.