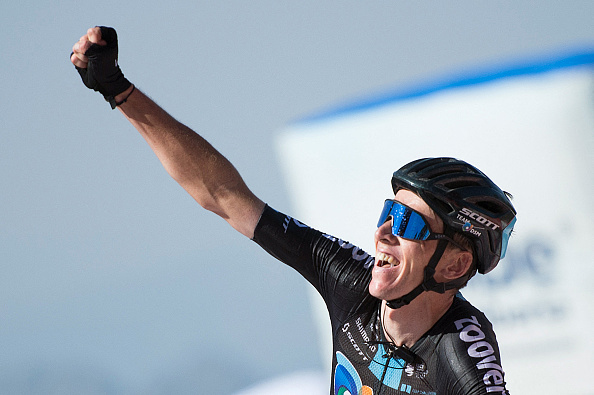 Has Romain Bardet, seventh overall in the 2021 Giro D’Italia, found his happy place racing in Italy? Will fatherhood, perspective and experience finally take him back onto the podium of a Grand Tour?

For a long time, the French tandem of tousle-haired talent — Thibaut Pinot and Romain Bardet — went hand in hand. Both have long been touted by their own national media as somehow destined to become the first Frenchman to win the maillot jaune in almost 40 years, although both, so far at least, have failed.

Pinot was third in Paris in 2014, while Bardet was on the podium in both the 2016 and 2017 Tours de France. Pinot has won on Alpe d’Huez and the Tourmalet, Bardet over the mighty Col du Glandon, Le Bettex at Mont Blanc, and also at the brutally steep altiport at Peyragudes.

But in the past two or three seasons, both have fallen off the map, Pinot plagued by back problems and self-doubt, after abandoning the 2019 Tour while in the form of his life and Bardet, after much soul-searching, a high-profile concussion, a team change and a spell of anonymity. In some ways, their fates again seem inextricably intertwined, because at the recent Tour of the Alps, both men made winning comebacks.

It’s five years now since Bardet stood on a Grand Tour podium but the 2022 Giro, with less than 30 km of time trialling, suits his strengths

Victory overall in the Alpine race, as leader of Team DSM, made Bardet a contender again, a status he hasn’t enjoyed for a while. The Frenchman’s consistency ensured that he finished in the top three in three of the race’s five stages. But there’s a more statesmanlike air about him these days. Recently, his humanity has also been on show.

He supported Emmanuel Macron during the recent French elections, joining a group of high profile French sports figures calling for friendship, respect and diversity, and when compatriot Julian Alaphilippe crashed, agonisingly, into a tree during Liege-Bastogne-Liege, Bardet forgot about the race and was the first to respond.

“I know Julian well, outside of racing,” Bardet said. “My behaviour towards him after he crashed was normal. Doing anything different would have been a surprise.”

But walking away from the race, ignoring the frenzy of bike changes, medical staff and hurried remounting to leave your bike on the verge and attend to an injured friend and colleague is rare in road racing. “I acted on instinct,” Bardet said. “I wasn’t thinking about the race.”

Maybe the realisation that racing isn’t everything, combined with maturity, an escape from the French hothouse of expectations, and fatherhood, will now be to Bardet’s advantage. He says now that under-performing in a race once felt like “the end of the world.”

Becoming a father to son Angus has changed that mindset, while his concussion in 2020 on the Tour de France stage to Puy Mary changed the protocols around head injuries. Certainly the sight of a staggering Bardet, clearly unaware of his surroundings, shocked and worried many, as did his team’s decision to allow him to finish the stage.

That was his last Grand Tour for Ag2r, until then his only professional sponsor. In 2021, after joining Team DSM, he rediscovered the climbing form that had garnered his earlier successes. There were stage wins in the Vuelta a Espana and the Vuelta a Burgos and a return to the higher echelons of Grand Tours with seventh place overall when the Giro finished in Milan.

It’s five years now since the wine-loving Bardet stood on a Grand Tour podium. The 2022 Giro, with less than 30 kilometres of time trialling — and most of that potentially academic, given the mountain stages of the final week — suits his abilities as a climber and highly skilled descender.

Even the first time trial on stage two, short with an uphill finish, won’t worry a rider whose frailty against the clock has always been an issue. Far more suited to him are the string of mountain stages towards the Giro’s climax, featuring long steep climbs and twisting fast descents.

Expect him to shine on stage 16, over the Mortirolo to Aprica, or maybe stage 19, to Santuario Di Castelmonte, where the short steep finishing climb has plenty of Bardet appeal. Yes, the Frenchman is a long shot for victory, but maybe, given everything he’s been through, this Giro could be his Romain holiday.