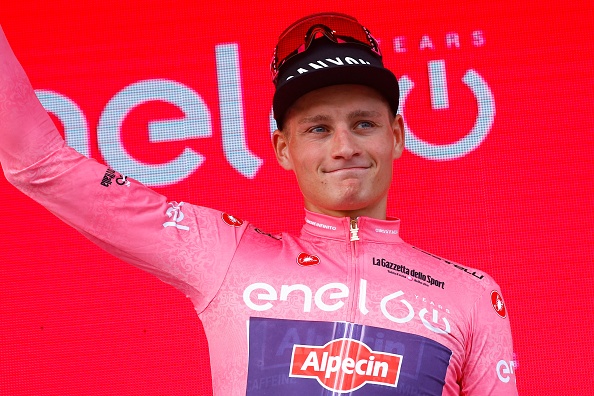 The first of our blogs capturing the drama of the Giro…

Now the flowery lyricism is mercifully over and done with (and we’re not talking about Hungarian homophobia) we can get on with the racing. The Giro is yes, beautiful, operatic, poetic, and if it was an aria you’d be blubbing after two minutes, but let’s be honest, the overuse of superlatives about the Corsa Rosa have become about as timeless and predictable as Italy itself.

Forget all the talk of piazzas and passeggiatta: at the heart of the hype, is a big bad stage race, spectacular and draining, gruelling and gripping, with plenty of rough roads, mean mountains and tedious transfers. In the first few kilometres of a Grand Tour, the intrigue usually encompasses similar themes: futile breaks, last-ditch attacks, over-excited fans impinging on the action and, of course, big names hitting the deck and big names losing time.

Stage one of the Giro d’Italia kept to that script, and even, cheekily, had an ‘Allez Opi-Omi’ tribute banner held up from the barriers as the riders stormed up the final climb. Thankfully this time it was folded away, neatly, before they even got close, so everyone stayed upright, nobody went to hospital or was forced into hiding, and it was left to a breathless Caleb Ewan to taste the tarmac as he fought in vain to sprint past stage winner, Matthieu Van der Poel.

MVDP looks good in pink, which remains the more stylish alternative to the maillot jaune, and also, based on this form, looks like he has more stage wins in him, maybe even as soon as stage three, but that’s assuming the irrepressible Binian Girmay, a close second on stage one, doesn’t get the better of him.

Meanwhile Ewan’s hard hit, disarmingly similar to his tangle with Peter Sagan in the opening week of last year’s Tour de France, left him prone on the road for some time, until he stood up gingerly, shades clenched between gritted teeth, assisted through a wincing final 50 metres by a Lotto team helper.

In truth, it was a pretty forgettable opening stage, illuminated only by a two-up break from a pair of Drone Hopper-Androni Giocattoli riders, Mattia Bais and Filippo Tagliani. Anyway, what is a Drone-Hopper? Is it like a space hopper…?

Valiant though their efforts may have been, the Drone-Hopper bunnies’ batteries were drained long before the final climb, which was where the main drama occurred. The high pace didn’t trouble most of the GC contenders, who lost 14 seconds to MVDP on the stage, but Guillaume Martin was true to form, slipping back as the other team leaders stayed together, losing a handful of seconds on the eve of the first time trial.

Grande Casino reckons that Cofidis’s team leader, hardly the most proficient alone against the clock, will be close to a minute down even before the convoy reaches Mount Etna. Anyway, that always seems to be his preference — battling to make up for lost time….