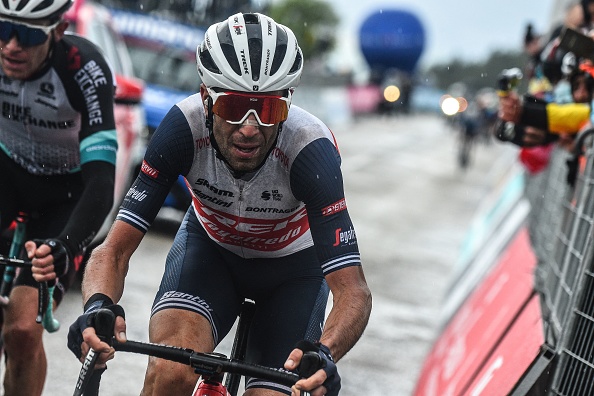 Vincenzo Nibali remains the only bona fide superstar in Italian cycling. Past winner of all three Grand Tours and of Milan-San Remo, the Tour of Lombardy, Giro di Sicilia, and many other races, the Sicilian will be 38 this year, but can he still be anything more than an agent provocateur in his beloved Giro d’Italia?

Midway through last year’s Giro d’Italia, on a relatively inconsequential stage from Siena to Bagno di Romagna, Vincenzo Nibali, already far removed from overall contention, decided to attack on the final descent. It was a typical move from the Sicilian, one that in the past, certainly if he had been close to the overall lead, would have rung alarm bells.

Nibali’s role during this Giro will be to support Miguel Angel Lopez, winner of the mountainous fourth stage of the recent Tour of the Alps. Or will it?

Perhaps the greatest example of Nibali’s ability to spread panic was in 2016, when his acceleration near the summit of the mighty Colle d’Agnello, caused desperate race leader, Steven Kruiswijk, to crash into a snowbank on the fast descent. Ahead of the shocked Dutchman, Nibali forged the lead that was to prove a foundation for an unexpected overall win.

But that was not the case in 2021, with Egan Bernal safely in the maglia rosa and his Ineos Grenadiers team comfortably controlling a distant breakaway. Even so there is something about Nibali’s racing style, his attitude and his acrobatic descending, that is provocative, a red rag to a raging bull.

So when he moved clear on the descent to Bagno di Romagna, prodding his rivals for a response, a raging bull dutifully obliged. Bernal’s fiery team mate, Gianni Moscon, couldn’t resist. As he sped off in pursuit of Nibali, to the consternation of his team, it didn’t take long for Moscon to overcook a left-hand bend and hit the tarmac.

Afterwards, Moscon was — not for the first time in his career — slammed for his naivety and ego, in attempting to follow the master descender. Luckily for Bernal, his teammate was able to remount and carry on, but once again Nibali had provoked a reaction, something he’s been doing for years, even before an angry Chris Froome boarded his team bus in Le Havre and also then criticised the Italian for ‘unsportsmanlike’ racing, back in July 2015.

Now back with the Astana team, Nibali’s role during this Giro will be to support fellow returnee, Miguel Angel Lopez, winner of the mountainous fourth stage of the recent Tour of the Alps. Or will it? Most expect the Italian’s experience and canny tactical sense to benefit the occasionally impetuous Colombian climber, but there are also some stages, particularly in the Giro’s gruelling final week, that may well suit an ageing but opportunistic agent provocateur.

That’s the thing about Nibali, his racing instincts, his timing and his sensing of weakness. The decline in his climbing powers means that he’s unlikely to be able to clamber onto the podium himself, but his nous is such that he can still be a kingmaker and play a pivotal role in deciding who does.