Denmark shuns ghosts of Tours past 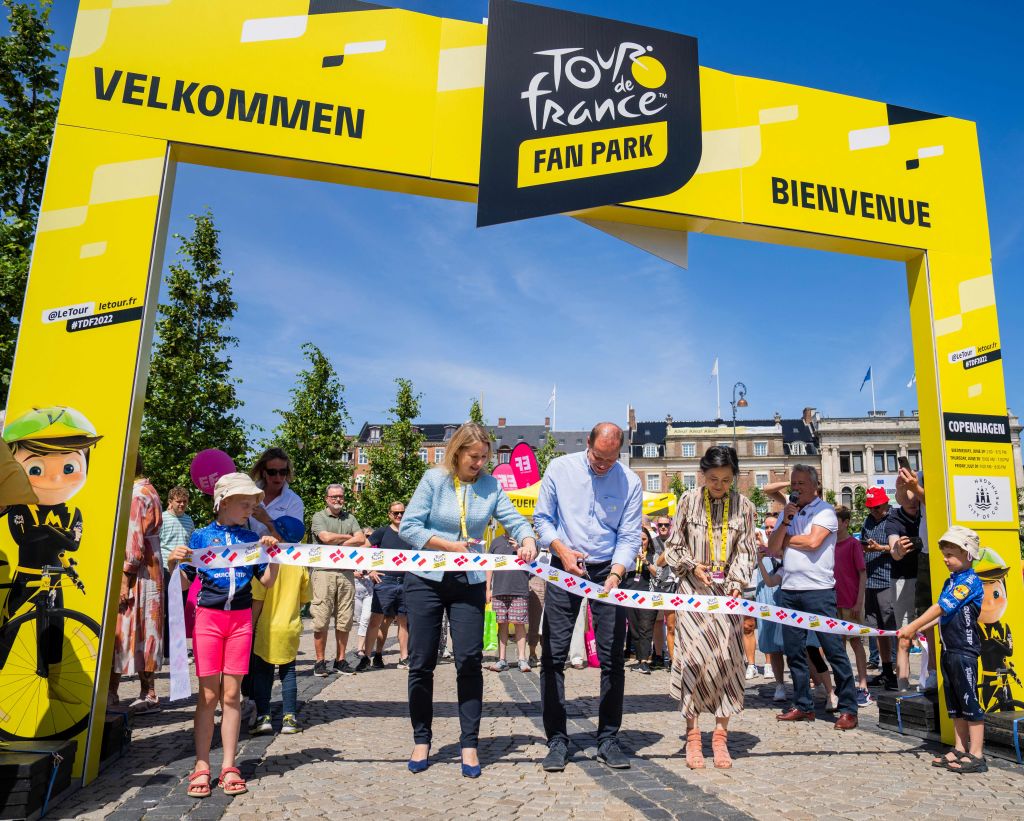 Fifteen years ago, a Danish professional was leading the Tour de France and appeared set for victory. The tiny climber Michael Rasmussen eliminated all his contenders on the 17th stage of the race, when he flew away from Alberto Contador, Levi Leipheimer and the rest of the first group, and, after his last acceleration, had 47 seconds advantage in the bank.

A few hours later, towards midnight that evening, he was fired by his team, the Dutch Rabobank squad, and fled from the Pyrenean city of Pau, under cover of darkness. Rasmussen, distraught and disgraced, never really returned to cycling.

This week, the 2022 Tour de France, starts in Rasmussen’s native country. The capital of Denmark — my city, Copenhagen — is day after day shut for traffic, because the logistics of a Grand Départ demand huge preparations.

The show has come to Copenhagen. But neither Michael Rasmussen, nor another ‘Great Dane,’ Bjarne Riis, winner of the 1996 Tour, is invited to the opening party.

Two months before Rasmussen’s greatest and last victory in professional cycling, Riis held a press conference at the office building of his sponsor. In the days leading up to this, Riis’ former colleagues at the German Telekom team, from the 1990’s, had admitted their use of doping.

And now, in a room filled with cameras and journalists and a temperature beyond 30 degrees, Riis did the same. The only Danish winner in the history of the Tour de France, a household name in his home country, admitted that he had used EPO — and a lot of other performance-enhancing products — in his career.

As an answer to one question at the press conference, Riis said that he really did not know, where his maillot jaune was – “perhaps in a box in our store room,” he replied in the familiar, sardonic tone that implied that this was the most stupid thing he had ever been asked.

Riis did that often. He could be cold and dismissive. And so was Rasmussen – they both had an arrogance which probably only made it easier for the Tour’s bosses to erase them from the history of the race.

This is why, the biggest Tour-riders in Danish cycling are not part of the official programme in Copenhagen this week. Riis said the other day, that he was disappointed. I understand why, because to look at a lot of other former riders taking part, in team cars, in the media, in the Tour reveals the “out of sight, out of mind,” mentality of the Tour that has a lot of black sheep on its conscience.

Over the last 10 years, key persons in Danish cycling succeeded in convincing both the national politicians and authorities, that a Grand Départ in the country of Hans Christian Andersen, The Little Mermaid and Tivoli, was a great idea. Now the fairytale has come true.

Later on, with the help from then Danish Prime Minister, Christian Prudhomme and ASO (the promoter of the Tour) also grew keen – which probably in part was fuelled by the tens of millions of Euros that Danish society is putting into the event.

How much was paid is yet to be revealed. ASO has insisted on total closure on the contracts until after the race has taken place, and one is curious about, how Danish politicians, often citing their transparency and democracy, would applaud such a thing.

If we look away from Riis and Rasmussen, the ghosts of Danish cycling past – which can be done easily, as they are not featuring at all in this Grand Depart – and focus on the three opening stages in Denmark, there is absolutely some hard racing to come.

The time trial in Copenhagen on Friday on narrow streets and through sharp corners is one thing. But expect the real fireworks to come on Saturday’s first road stage.

The peloton will leave from Roskilde, where some 130,000 people will gather for the first Roskilde Festival for three years. The helicopter shots will probably prove a stunning experience and expect a look at the old Rolling Stones orange Canopy Stage – now iconic to all Danes.

From Roskilde the field rides up to the north of Zealand, where the racing on the hilly route may resemble the Belgian classics. But the big thing is of course, that the peloton will cross The Big Belt – Storebælt in Danish – the 18 kms long bridge that leaves the race totally vulnerable to a special Danish gift: the wind from the west.

This has every ingredient to become an iconic Tour-stage. The former World Champion Mads Pedersen (Trek-Segafredo) will be racing in his native area (the Tour will race through his hometown) and Pedersen is eager to take the yellow jersey in Nyborg.

The day after, the peloton rides from Vejle into Sønderborg after yet another stressful stage, and Sunday night, the Grand Départ will leave Denmark and the convoy will head to France. After a decade or so of preparation, everything will be over in a few days, just as it always is.

This is the first time the Tour’s Grand Depart has come to Denmark. From a sporting perspective, it may prove to be a great experience for the Tour, the peloton and the fans. But in achieving closure with the past? The Tour coming to Denmark is unlikely to manage that.