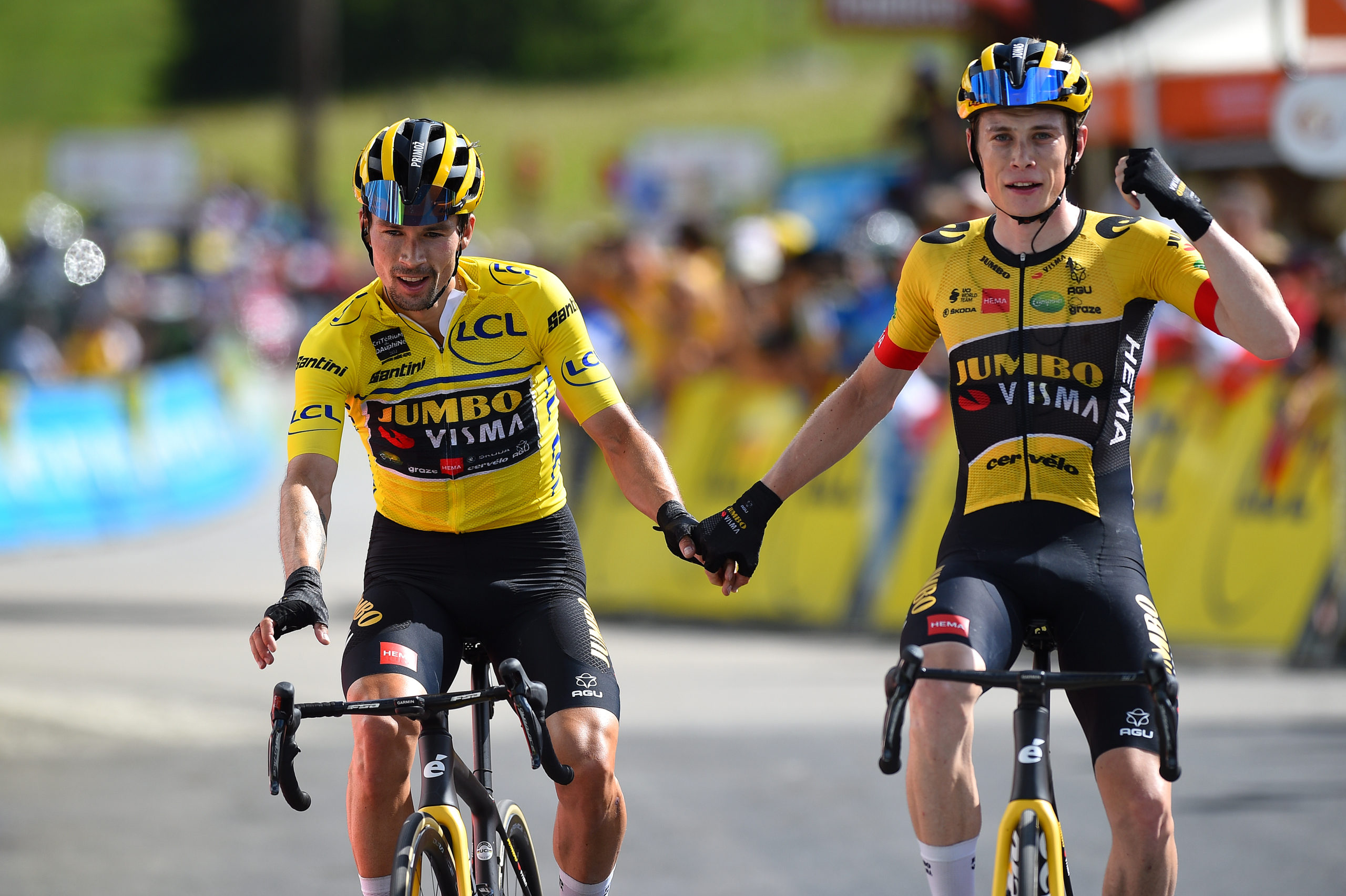 Tour de France history has reminded us again and again that the race’s pre-dominant rider generally rides into Paris in the yellow jersey, unless injury or misfortune (Bernard Hinault in 1980, Chris Froome in 2014) or advancing years and the inevitable waning of their powers begin to catch up with them (Eddy Merckx in 1975, Miguel Induráin in 1996). In other words, 23-year-old Tadej Pogačar will be odds-on favourite to complete a hat-trick of Tour wins when the great race reaches the French capital on 24 July.

Like five-time winners Jacques Anquetil, Merckx, Hinault and Induráin, as well as four-time champion Froome, Pogačar looks almost unassailable when he’s at his best. What’s more, there have been several indications this season that his best is getting better, as witnessed by his 49-kilometre solo break to win Strade Bianche in March, his clinical defence of Tirreno-Adriatico just after that, and his astonishing performance on his Tour of Flanders debut in early April, when he finished a very irate fourth in a messy four-up sprint when victory seemed a far more likely outcome.

The fact that his Tour support crew at UAE Team Emirates looks stronger than ever – thanks to the recruitment of George Bennett and Marc Soler, the continuing emergence of the prodigiously talented Brandon McNulty, and the restoration of Marc Hirschi – means that this comparative weak point has been shored up as well.

However, even though Pogačar is currently imperial, no rider is completely impregnable and his rivals are convinced that the Slovenian can be beaten at the Tour. Last week’s Critérium du Dauphiné offered evidence both to support and knock down these convictions.

Jumbo-Visma were evidently the stand-out performers in the first camp, winning three of the eight stages, placing second on another three and ending what is France’s premier Tour primer with Primož Roglič and Jonas Vingegaard in the top two positions on GC, the pair a level above the opposition in the final weekend’s race-deciding mountain stages. The groundwork done for the Dutch team’s leaders was impressive too, Steven Kruijswijk appearing to nail down a Tour start with a devastating blast of pace-making on the final climb that left Roglič and Vingegaard with just AG2R’s Ben O’Connor for company.

While Roglič finally claimed what had previously been a frustratingly elusive overall victory at the Dauphiné and ended the race with a decent lead in the final standings over his Danish teammate, there was little between the two riders. Indeed, Vingegaard did appear to have an edge on the Slovenian over the final couple of kilometres to the summit of the Plateau de Solaison on the final day. Roglič said after clinching the title that he is still building his form for the Tour and that the Dauphiné wasn’t a specific target, and briefly ceding a few metres to his teammate appeared to highlight this.

More important, though, is the confirmation the Dauphiné provided for the Dutch team and its leaders, and the confidence that will spread as a consequence, which was underlined by Vingegaard’s declaration that he believes he can now beat Pogačar having dropped him on Mont Ventoux during last year’s Tour. Jumbo’s co-leaders look the most likely riders to threaten the defending champion, all the more so because they will be working in tandem. The strength of both should bolster the yellow jersey prospects of each.

History also seems to be on Jumbo’s side. Roglič’s success made him just the fourth rider to win the Paris-Nice/Dauphiné double. The previous three – Anquetil (1963), Merckx (1971) and Bradley Wiggins (2012) – all went on to win the Tour that same year.

AG2R’s O’Connor was another rider on the up, his third place and proximity to the Jumbo duo at Solaison suggesting that he should be a contender for a podium finish at the Tour. He was followed in the final GC by Bahrain Victorious duo Damiano Caruso and Jack Haig, who look like solid bets for the top 10 but unlikely to concern the Slovenians or Vingegaard.

On the face of it, Ineos Grenadiers’ defence of the title won last season by Dani Martínez was rather disappointing, with a time trial stage win for Filippo Ganna and Tao Geoghegan Hart their leading GC rider in eighth. Yet, the Italian’s win over Wout van Aert showed he’s in great shape looking ahead to the Tour’s opening day TT in Copenhagen, while young Ethan Hayter produced a string of outstanding rides across the eight days as he finished 15th. The British team’s Tour prospects can be better judged during the Tour of Switzerland, where they’ve lined up with their trident of leaders, Adam Yates, Geraint Thomas and Martínez.

Sadly for French fans, the reputation that took the biggest knock at the Dauphiné was that of Groupama-FDJ’s David Gaudu. The Breton went into the final day 16 seconds off third place, the French TV coverage leading on how he might overturn this deficit on O’Connor. Yet he ended up losing more than seven minutes, suggesting later that he’d been undone by the unseasonal heat. Could this be the cue for team boss Marc Madiot to perform a rain dance in the final days of July? Cooler conditions would suit their star man Thibaut Pinot too.