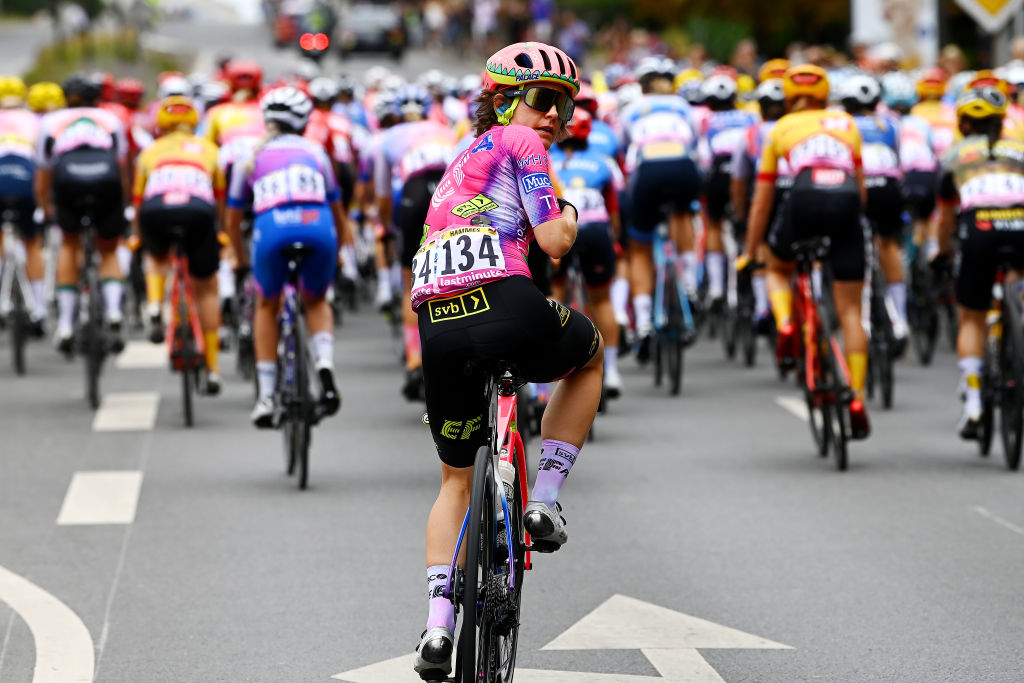 The morning after the men’s race ended in Paris, Stelvio headed off to the women’s Tour de France, ordered a café au lait and thumbed the pages of the national press.

The skinny kid in the black T-shirt with some road rash on his left leg went pretty much unnoticed at the start of Stage 2 of the Tour de France Femmes in Meaux. Sitting with his agent Alex Carera, Tadej Pogačar looked a little bleary the morning after he’d finished second to Jonas Vingegaard in the 2022 men’s Tour de France.

Pogačar, the morning after completing his own 3,366 kilometre loop of France, was at the start of the first road stage proper of the TDF Femmes to support his partner, Urška Žigart, riding for Team Bike Exchange-Jayco.

As the women’s peloton headed away from the eastern fringes of the French capital, the men’s equivalent was waking up with post-Tour fatigue and multiple hangovers. Some riders, like Pogačar, opted for an ‘early’ night, but others staggered home through the boulevards at dawn, before collapsing into bed. That’s as much of a tradition as the Champs–Élysées stage itself and so is a trawl through the headlines, as the traffic returns to Place de la Concorde and Paris goes back to work, early on Monday morning.

French sports daily L’Équipe (also owned by Tour promoters ASO) praised Vingegaard’s panache and reckoned that the experience of losing to the Dane would have ‘matured’ Pogačar.

“For the first time, the double Tour winner made mistakes, that even his class couldn’t fix, above all on the stage to Granon, where he lost all hope, especially after attacking when he didn’t need to on the Galibier, alone and isolated with Jumbo-Visma…”

Le Figaro chose to portray Vingegaard as “a boy-next-door, as the Anglo-Saxons would say”…

“He was no more than an outsider, faced with the outstanding favourite, Pogačar. He was just one of the two cards that the omnipotent Jumbo-Visma had to play… hanging onto an idea born on July 7 2021, when in stage 11 of the Tour, Vingegaard, attacking on Mont Ventoux, briefly dropped Pogačar…”

“The best Danish Tour ever. The yellow jersey, the polka dot jersey, four stage wins and three days in Denmark with incredible crowds all along the route…”

Oh, and Liberation didn’t cover the women’s Tour de France at all, Le Figaro ran 200 words and, in 19 pages of cycling coverage, L’Équipe published just one page on the first stage of the reborn race. Plus ça change…