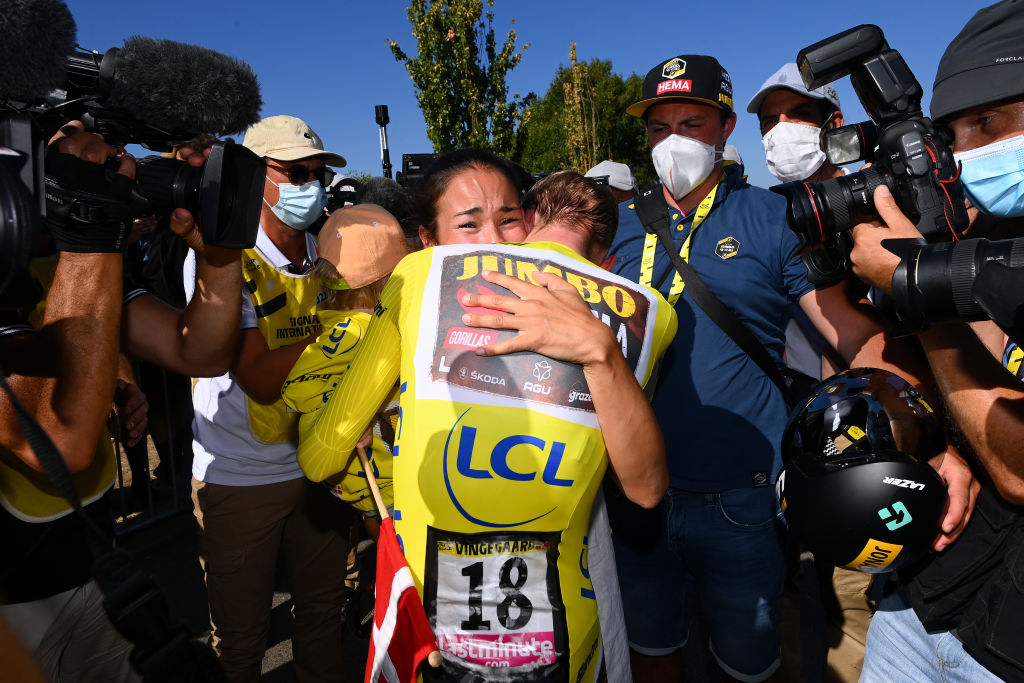 Sooner or later, this happens to everyone – everyone who wins big in the Tour de France that is.

It’s been the elephant in the room throughout this year’s extraordinary Tour de France. Trust, credibility, integrity.

Set against the backdrop of stunning climbing times, record speeds, collective domination, it was inevitable that eventually one journalist or another would ask the question.

It’s hardly a shock to be asked, especially when there are echoes of the past to be found in this Tour. The question has been on the minds of many since Jonas Vingegaard won at Hautacam, scene of the infamous signature success of Bjarne Riis in 1996, the last Dane to win the Tour.

It’s also not personal: if anything, it’s a universal question that could be asked of high achievers, regardless of name or nationality. You’d also think given the recent history of cycling, that top riders would be briefed to expect it, but not a bit of it. Instead, they take umbrage at being politely asked the most important question in the sport.

But hey, plus ça change: Wout didn’t like it, yet again, just as he didn’t like it when I asked it of his teammate Primož Roglič in 2020.

“It’s a shit question,” he said. “Because we’re performing at this level, we have to defend ourselves. I don’t get it.

“We work super hard for this. Cycling has changed. I don’t like it that we keep on having to reply to this. We have to pass controls every moment of the year, not only at the Tour de France, also at our homes.

“We’re just training for it. If you just look through our team, how we’ve developed through these years, it hasn’t come from nowhere.”

“We are totally clean, every one of us,” Vingegaard responded. “I can say that to every one of you. No one of us is taking anything illegal. I think why we’re so good is the preparation that we do.

“We take altitude camps to the next step. We do everything with material, food, and training. The team is the best within this. That’s why you have to trust.”

As ever, we just have to trust, to believe. That’s what is expected of the audience that had endured cycling’s chequered past. And as somebody once said, hope is a good thing.

“I would say I’m a better rider now,” Vingegaard said, which is definitely a sentiment that most, especially Tadej Pogačar, would agree with. “We do a lot of tests, in the wind tunnel, on the track. We did a lot of work on this, and it paid off.”

Fair enough: but isn’t that something that every team leader would point to? I’ve yet to meet a Tour team leader who’s a lazy slouch, who doesn’t put the hours in in the wind tunnel, training, or dieting.

Of course, there is no suggestion of any ethical wrongdoing. And it is a shitty question. Nobody wants to ask it. And how would you like it if someone came to you at work and asked you if you could be trusted?

Exactly, but then you’re (probably) not lionised, fêted, or representing the commercial interests of major brands in corporate Europe or America.

In that sense, it is a fair question. And now, because it was asked and is no longer the elephant in the room, we have it on record from the horse’s mouth:

“You have to trust.”

Personally, I think, like politicians, celebrities, footballers and golfers, professional athletes must accept they are accountable. They join society’s elites when they achieve this level of sporting and financial success.

Sorry, Wout: you’re an incredible bike rider but it’s not a ‘shit question’. It’s one you have to expect. And it’s about time you, the other top riders and their press officers wise up, front up, and stop taking it personally.