Tour de France Femmes gets off to solid start 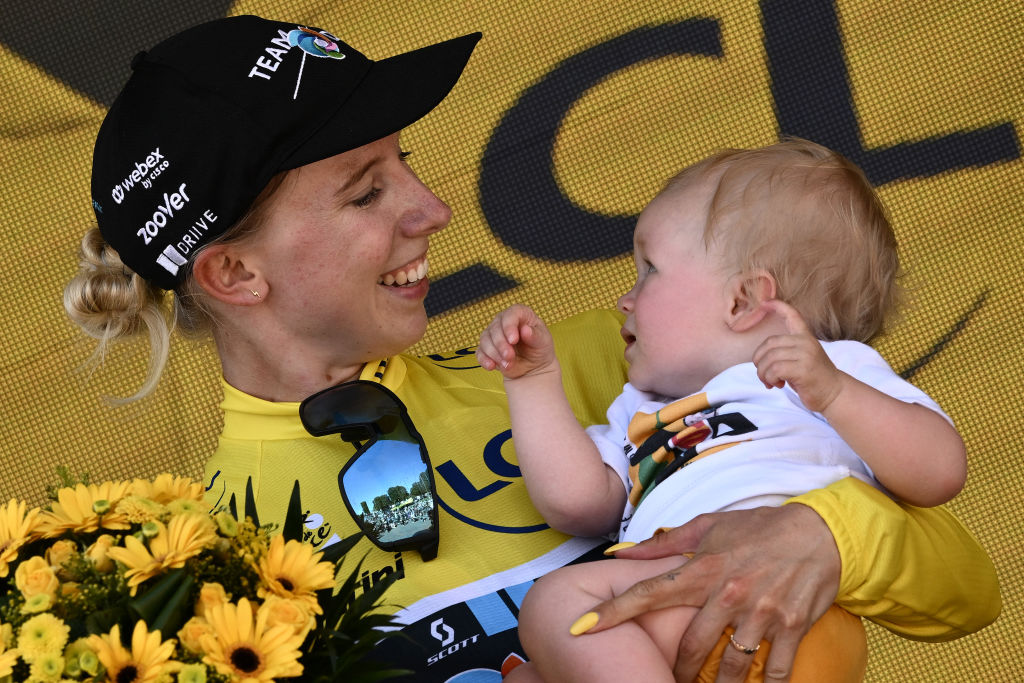 Under perfect blue skies in the French capital, the women’s Tour de France was reborn, a few hours before the men’s peloton arrived in Paris.

The week-long women’s race opened with a solid stage win, and first yellow jersey, for the prolific Lorena Wiebes of Team DSM who out-sprinted – who else? – Marianne Vos, of Jumbo-Visma. The Dutch pair opened up a gap on their peers and went head-to-head on different sides of the Champs-Élysées but it was Wiebes, the most prolific sprinter in the women’s peloton, who comfortably took the first stage.

Huge crowds, many of them Danish, lined the Champs-Élysées for the 82 kilometre circuit race, finishing on the Champs-Élysées, via Tuileries, Rue de Rivoli and Place de la Concorde. Some were there to celebrate Jonas Vingegaard’s success in the men’s race, but many were also there to mark what is a ground-breaking moment in women’s sport. It’s impossible to underestimate the significance, not just for cycling, but for gender parity across all sport and even across culture, of the relaunched event.

“It’s really special that the Tour de France is back for women,” Wiebes said. “It’s a really good course. We have everything – sprint stages, punchy stages, climbing stages – I hope we can inspire a lot of young girls to get on a bike.”

The two worlds, men’s and women’s cycling, usually so separate, mixed together in Paris, the two pelotons almost meeting each other. The women’s relatively modest buses parked in the Place de la Concorde, just like the men’s super buses do. In the media area, the old lags from the men’s scene came face-to-face with the younger, more diverse (and possibly more energised) suiveurs of the women’s scene.

That can only be a good thing. For a long time, racing’s culture has been male and pale and very often, stale. But that has been said many times before. Instead, the focus must now be on the sport, the quality of the racing, the level of competition.

It was different too, in that there was so much more urgency and drive to stage one of the TDF Femmes, compared to the relatively anodyne quality of the bolted on La Course. In that race, there was a trophy and a chance to showcase women’s racing. On the Champs-Élysées today, a yellow jersey was at stake and that made all the difference.

It was different in that the first yellow jersey, Wiebes, also came into the press room in person, smiling and happy, rather than answering questions by video link, as has now become standard on every stage of the men’s race.

For race director Marion Rousse, running the women’s Tour de France represents the closing of a circle of her departure from the male-dominated world of her childhood. Three of her cousins, Olivier Bonnaire, and David and Laurent Lefèvere, were professionals, while her dad was an accomplished amateur.

“I followed my dad on all his races, even in a pushchair,” she said. Her idols at the time were all men. “I knew who Jeannie Longo was, but I never saw her race. I identified more with the men.”

“When I was a little kid, I loved watching the Tour on TV. But when I started racing, I never thought I’d have the chance to race it,” she said.

Rousse gave up racing at only 25, after Eurosport spotted her presenting and punditry skills. “At the time, I was wearing three hats: racing cyclist, TV pundit and I was also helping out at the town hall in Étampes because my salary as a rider wasn’t enough.” So, she has been there, done that; raced in the women’s peloton while struggling to make ends meet. She knows of what she speaks.

Now, she also works with the Tour de la Provence, the Tour de Savoie Mont-Blanc and also keeps up her TV work, which really took flight in 2017, when she commentated on that year’s Tour, in which she said, she “couldn’t afford to make a mistake”.

In some ways, her other commitments are a compromise; in other ways, she knows what the women’s peloton has been through to get to this point. “Woman racers have long felt that they weren’t legitimate, because they couldn’t ride in the biggest bike race in France,” she added. “But it’s not a gift we are giving them, they deserve it.”