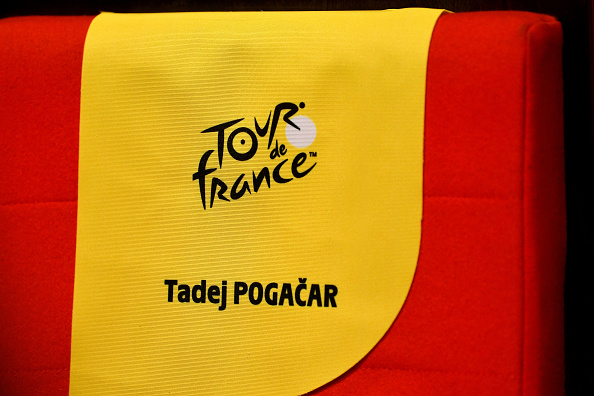 Cycling’s super teams are readying themselves for the biggest race of the year — the prestige event that fuels their commercial and sporting well-being, the men’s 2022 Tour de France. But some of them are firing better than others, as recent results — and the World Tour promotion and relegation table — illustrates.

UAE Team Emirates: Clarity of leadership, clarity of intent, clarity of purpose — and a man-boy leader of irrepressible talent who can deliver when needed (unless it’s sprinting for the win in the Tour of Flanders). There’s no doubt that this team is expected to run the show this July, as is their leader. So far this year, Tadej Pogačar has looked as strong as ever – wins in the UAE Tour, Strade Bianche and Tirreno-Adriatico are proof of that, but as former champions will always say, the pressure to repeat builds over the years. Maybe that pressure was what forced an uncharacteristic show of petulance from Pogačar when he blamed Dylan van Baarle for his defeat in Flanders. He is still only 23 after all….

Jumbo-Visma: Team of the summer so far and seemingly coming into their best form as the Tour looms large. Dominant in the Dauphiné, and with two leaders — Primož Roglič and Jonas Vingegaard — who have been firing since February, they seem certain to pose the biggest threat to another Pogačar win. But, they have also been in great shape before, appeared on track and then blown the deal, either through bad luck — crashes, mistimed pee-stops, dodgy new helmets — or a collapse in form, so beware Primož. And yes, La Planche des Belles Filles is on the route again this year…

Ineos-Grenadiers: If you’ve won Paris-Roubaix and the Amstel Gold Race, and placed second overall in the Giro, you can hardly be described as struggling but, when it comes to Grand Tours, that’s how it feels with Ineos Grenadiers. The years of dominance, as Team Sky, are now a distant memory. Egan Bernal, who was going to lead them into a new era of success, is on the road to recovery, so they have been reliant on Richard Carapaz and now on 36-year-old Geraint Thomas, who is yet to win a race this year. Another Tour win seems a fair way off, unless they can execute some remarkable tactical coup. Bora-Hansgrohe: Jai Hindley’s inspired win in the Giro d’Italia, at the expense of Carapaz and Ineos Grenadiers, has elevated his team to the WorldTour VIP lounge. Slowly but surely, Bora are becoming a real force to be reckoned with and already this year have won the Giro, with Hindley, the Volta a Catalunya with Sergio Higuita, and the Tour de Romandie with Aleksandr Vlasov. Those results would suggest a solidity and reliability in the biggest mountain stages. Beefed up with riders such as Wilco Kelderman, Lennard Kämna and Patrick Konrad, they pose a more tangible threat to the Jumbo, UAE, Ineos triumvirate than ever before.

Bahrain-Victorious: There’s enough in this roster to suggest a podium finish, but, given the field, we all know that’s unlikely. Mikel Landa’s third place overall in the Giro, a year after Damiano Caruso took second overall, reinforces their credentials, but the presence of Pogačar, Roglič, Vingegaard et al, suggests that the top three will be beyond reach. Instead, there will be flickers of inspired racing, a stage win or two — Milan-Sanremo winner, Matej Mohorič, obviously — a headline or two about hair samples (it is the Tour after all) and multiple long hours in the break.

Astana Qazaqstan Team: Might pull off a top five finish, and a stage win is likely. But given their recent track record, beyond that? At least their rapping is “entertaining”.

Movistar: Remember the song, Moviestar? ‘You feel like Steve McQueen, when you’re driving in your car/ And you think you look like James Bond, when you’re smoking your cigar…”? No? Well, that’s Movistar. Close, but no cigar. Quick-Step: Battered after a bruising spring, and with a 50% chance of racing, Julian Alaphilippe is the star turn in France. If he rides, he will feature large, but after that, all eyes will be on Remco Evenepoel, 22, and with just one Grand Tour start so far.

Team DSM: Every romantic would love to see Romain Bardet back at the highest level, particularly after his crushing abandon at the Giro. Plus, there’s the ever-reliable Søren Kragh Andersen, always a good bet for a stage win.

Groupama-FDJ: Michael Storer, King of the Mountains in the 2021 Vuelta, is the coming man on this team, even if the focus in July will be on David Gaudu’s hunt for form and Thibaut Pinot’s return to the Tour.

Desperate for a stage win? EF Education Easy Post: Victory in the Ventoux Challenge will have eased the stress on both riders and team management, but they need to follow up strongly at the Tour.

Lotto-Soudal: This team’s season will probably stand or fall by what happens in the Tour’s first week. At the moment, unless Caleb Ewan or Philippe Gilbert shine, the outlook isn’t sunny.

Israel-Premier Tech: Mike Woods and Jakob Fuglsang lead at the Tour, but you also need strength in depth to survive three weeks. At the moment, Israel don’t appear to have it.

Cofidis: Guillaume Martin, the enigma within a paradox (or something similar), will yo-yo his way to a top ten finish. That’s about it.

Intermarché-Wanty-Gobert: They have Alexander Kristoff on the side, but will rely on Taco van der Hoorn. That’s the main takeaway…