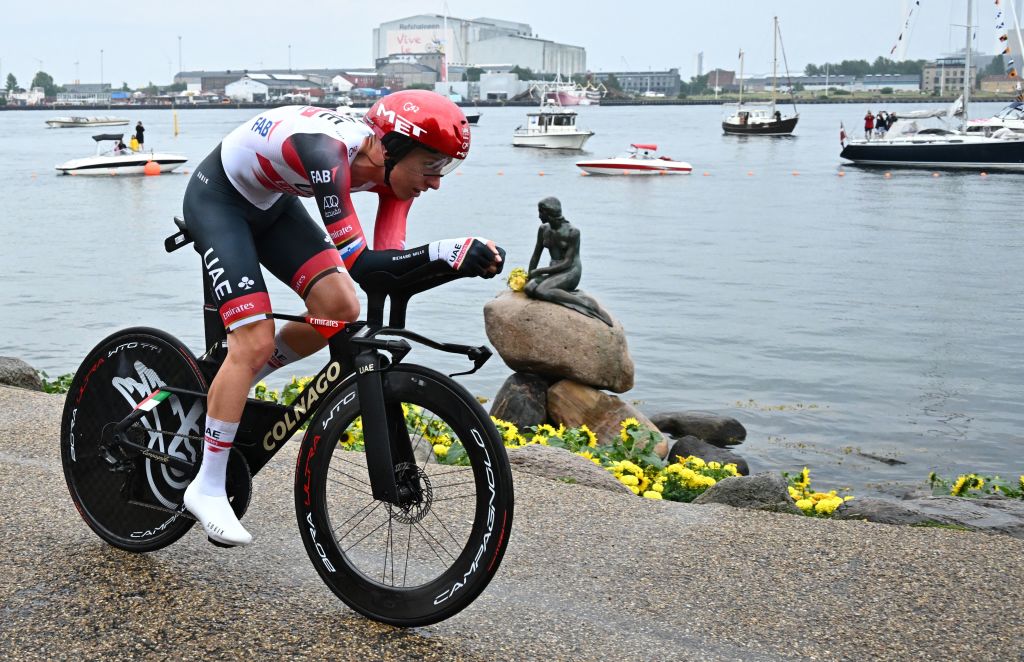 The Tour de France isn’t lost in the opening time trial but the time gaps and the splits can tell you plenty.

Bad luck, bad weather, silly helmet, wrong gilet. It’s funny how so much of the outcome of the Tour de France can depend on luck, or a nanosecond’s loss of focus.

It rains when it’s not supposed to rain. Nobody in the team notices that you’re still wearing your warm-up kit. You avoid all the white lines, the painting on the road — and then you slide out anyway.

Curious too that nobody at Ineos Grenadiers clocked Thomas’s warm-up gilet as he headed to the start ramp. Is it a meaningless, comedy error to be laughed off, or does it show that the sloppy thinking that caused Filippo Ganna to be disqualified from the Tour of Provence back in February, for an illegal bike change, hasn’t yet been fixed…?

One rider — yep, you know who — avoided all of that and got it right, in what was a treacherous opening stage of the 2022 Tour de France in Copenhagen. It was an edgy course. Yes, there were big boulevards, wide bends, but there were pitfalls. The bike path by the estuary, past the Little Mermaid, the ornamental bridge and the Tivoli Gardens, the city centre cobbles and the bends slick with paint.

None of that troubled Tadej Pogacar and the defending champion sits at the top of the ‘virtual’ general classification of team leaders and podium contenders. His flawless performance was run close by that of Jumbo-Visma’s big three, Wout Van Aert, Primoz Roglic and Jonas Vingegaard.

Already you might think, the die is cast — this Tour will be Pog versus Rog, with added leadership wrangling at the Dutch team thrown in. But then again, the time splits and the unexpected shows — Geraint Thomas in the second half of the stage, Adam Yates, finishing best of his Ineos Grenadiers team — suggest that those who made an understated start may have plenty to more to give.

The opening week of this Tour is already the most talked about in years. Next up, we have a mammoth elevated ‘Great Belt’ bridge crossing, that is sure to create significant splits in the peloton. Miss the moves here and if you’re a GC contender, it may be minutes, not seconds that are lost. Then there are the eleven sections of cobbles, which feature on Wednesday. ASO, the Tour’s promoters, have ensured that the first week of this year’s Tour will be it’s very own ‘Hell of the North.’

With all due respect to stage winner, Yves Lampaert, with Pogacar as the reference point, here are the gaps to his recognised podium rivals following the opening stage:

The direction of travel is clear then, especially given that Grand Tours are now won by increasingly tight margins. Over the next few days, certain riders — Thomas and Yates, Vlasov and Bardet, Mas and O’Connor — cannot afford to lose any more time. The crossing of the Great Belt, the cobbles en route to Arenberg, the numerous villages, hills, pinch points and wet bends, the over-excited spectators — all of those have gained even greater significance. The war of nerves has begun.