Tightening the screw: the peloton’s growing obsession with diet and performance 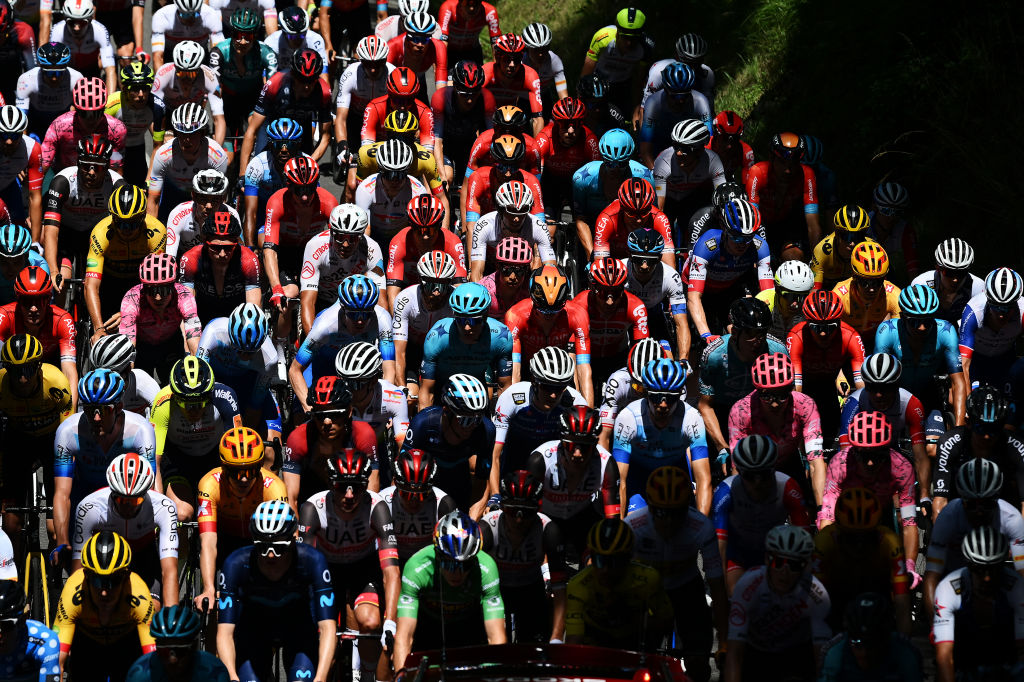 Every member of the peloton wants to maximise their power-to-weight ratio - but at what cost?
Friday 1st July 2022
Share

Obvious to the naked eye but seldom, if ever talked about, there is a fine line between cyclists being lean enough to compete in the world’s toughest sport and clinically underweight.

You see it year-round, but especially at the Tour de France, which starts today. In the Tour, the best of the best compete with bowed limbs that resemble that of an old man’s, not an athlete in his prime.

Body weight and power-to-weight ratio is a huge performance gain in the sport. Cyclists are constantly judged on how they appear, regardless of whether it’s conducive to their form.

Researching my new book, Pain & Privilege: Inside Le Tour, I learned that the entire industry is, to some degree, guilty of fat-shaming racers.

From the beginning of the season to the Tour and beyond, they’re looked up and down by fans, pundits, team staff, each other, and in hushed conversations callously judged. The comments range from ‘Geez, they look good, so lean,’ to ‘…that fat f—k has no chance of winning the Tour de France’.

On the ground, at races, you hear it whispered, and at the Tour especially, you see it. Before the COVID-19 pandemic the media and riders weren’t separated. Standing side by side, in a start village, interviewing these men, I silently compared how my slender wrist was the same size as a top climber’s bicep.

The few who have ever revealed their “ideal” race weight to me made me consider if I needed to diet, knowing a six foot something male Tour title contender, was only a few kilograms heavier than me, a 5’10 female.

Eating disorders and body dysmorphia aren’t talked about much in society, let alone professional sport, so much so that when an extract from Pain & Privilege, focussing on the topic, appeared in the British media, a cycling fan asked me on social media if I was worried about potential backlash from riders.

Title contenders especially talk in passing about needing to lose one kilogram, or two kilograms, all the time. An eating disorder is characterized as “abnormal or disturbed eating habits” and you could argue that some cyclists fit into that definition, given that weight and by extension, what they eat and drink, is always front of mind.

The topic is something that has played into a keen interest of mine: athlete mental health. I delved deeper into the sacrifices pro racers make in achieving their lithe figures and what the tipping point is between that being healthy and dangerously underweight. That’s because when you take in the physiques of some pro riders, it doesn’t always look right.

I’d noticed a few years ago in interviews during the season, and in the off-season break, how several riders referenced seeing sports psychologists or psychiatrists. I became interested in what I perceived to be an increase in this and wanted to know why they did.

Often it was when winners suddenly stopped winning, when the results weren’t forthcoming and the validation and public adulation that comes with that ceased. But other times it was to manage stresses around the job, like eating, which in professional cycling at certain times of the year, is very much a job.

Pain & Privilege is less about glorifying the riders that make global headlines at the Tour every summer and rather unearthing who they really are, fallible humans who, yes, are paid handsomely to handle pressure. But at the same time, they are no less susceptible to the pitfalls, insecurities and – sometimes dangerous – sacrifices that contribute to their singular objective: peak performance.

Pain & Privilege: Inside Le Tour is published by Ultimo Press and available at all good book stores across the UK and Australia.