This is no game – the pain of The Transcontinental, part 2 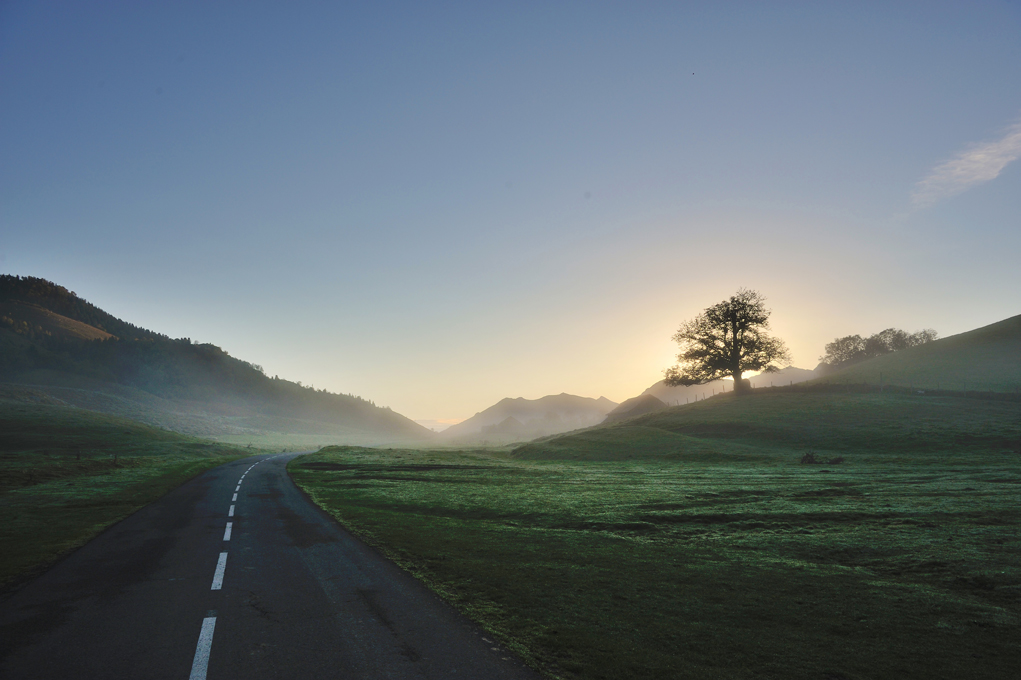 Pete’s rear lights were swinging around on the back of his saddle bag. I could see him riding on the other side of the valley, a lone trio of lights in the dark, and I conclude that our paths would eventually cross.

That morning I had awoken in Austria and ridden off into the night. Into Italy, into Slovenia, up and down the Mangart Sedlo to Control Point Two, then up the Vršič Pas and down its cobbled hairpins. I had barely paused for a moment to soak up the spectacle of it all. Onwards. Back into Italy. I had waved at Kevin, a round-the-world riding Frenchman who I had shared lunch with the previous day. I didn’t stop. I was passing through this world but I felt I could barely be a part of it.

Why do we do these things? To make us feel alive? I feel half-dead. I’m in this limbo, a daydream. But still, I continue through Austria’s lower alpine foothills misty with the faint whiff of autumn. The dim evening light descending. Castles lit up by floodlights. I press on. I meet Pete. We ride side by side up a gentle valley road. We chat. We share tales. We got to know each other. And then I’m out of water so I stop at a bar, stepping gingerly inside to find a lock-in of boozed up Austrians and a long-suffering barmaid. She comes outside to see me off, curious to my purpose and perhaps a little wooed by the notion of escape.

Pete had ploughed on ahead. I would have done the same. We were racing. I soon pass him unfurling his sleeping bag in a bus shelter. I plough on ahead. He would have done the same. We are racing. That was the last I saw of him. We each had our own issues, our own agendas, our own demons, our own battles, our own race. But for a brief moment ours were shared. Two riders, alone together in the dark. The stars illuminate the torn edges of the mountains around me and the burning moon rises from the east. I drop down into Trieben and the GPS trackers reveal there to be a few more racers sequestered away somewhere in the shut up, street-lit little sleeping town, but I never find out who they were. Transcontinental ships sailing across a continent in the night.

***
I got woken up by a peloton of vintage tractors. What are they doing driving past my bus shelter at 5:00am, I thought. What was he doing putting on lycra in a bus shelter at 5:00am, they thought. Don’t make plans, said race veteran Stephane Ouija. It’s a slippery slope. When you fall behind your schedule – and you will – your tired mind descends into a vortex of disappointment, self-doubt and panic. He’s right, of course. But I had made some rough plans and, being both naïve and half a day behind them, rode too hard. Of course, I didn’t respect what my body had done and what it still had to do. The road led up and up, an endless climb up into the Wald. ‘The Forest’. Into this forgotten land, this surreal picture-perfect bucolic paradise of old men and tractors. Hour after hour of climbing, descending, reclimbing and sailing full steam ahead into a choppy sea of fields.

Of course I just wanted to get it over and done with as quickly as possible. I stop on the Czech border for a quick meal. The waitress looks at me with a mixture of chivalric admiration and total pity. I stink. My eyes are sunken in. My white jersey is stained with the dirt and salt of the road: 260 miles and 18000 feet of climbing. Another soggy chip of a human being. The greasy knight. I crawl into a hotel and I stare at myself in the bathroom mirror. I don’t recognise my own face. And then I see veins, open wounds, sores and swelling. No sooner have I unpacked than I pack up again. My off-white jersey goes straight in the bin. My fingers are numb and I can’t feel my toes.

***
There was another racer slumped outside a Spar, thousand-yard staring into the distance. “It’s like there’s some god out there, just toying with us,” he said. The wind whipped along the plains and slowed progress to a crawl. After heat, mountains, gravel and storms, now all I could do was crawl.

I stop in a little village with a pretty little garden and down a carton of juice. It’s god toying with us. Stopping is the forbidden fruit of the TCR; so sweet to feel the cool grass on my head as I lie down, but every minute is a minute lost to the race. Soon, along the road and across the border, I stop for good. My body has endured enough and my mind has broken. I slump down by an abandoned coffee kiosk next to a car park. Ants begin to crawl over my legs – a more interesting arrival compared to the brown apple core they had until then been engaged with. I sit there for an hour, thousand-yard staring into the distance. God had chucked me aside.

I check into a hotel. I sleep. There is nothing left. When I’d wiped the tears away from my eyes, all I see is just windows into an empty human being. I had left everything on the road and kept nothing left for myself. Perhaps failure teaches us so much more than success. It’s become too easy, too cliché, to set yourself a challenge and to conquer it. Expecting to succeed just means the challenge isn’t hard enough, and modern life does its best to eradicate failure. But failure is one of the best lessons we can learn. With it we shed our skin and grow a new one. Better versions of ourselves.

The saddle sores healed and full feeling returned to my feet after four months. I was empty, but I was soon filled up with something else and something different. Maybe that kind of injury gets under your skin. Maybe those scars don’t ever truly heal.