The Gastro Guide to the Tour: Stage 1, Copenhagen 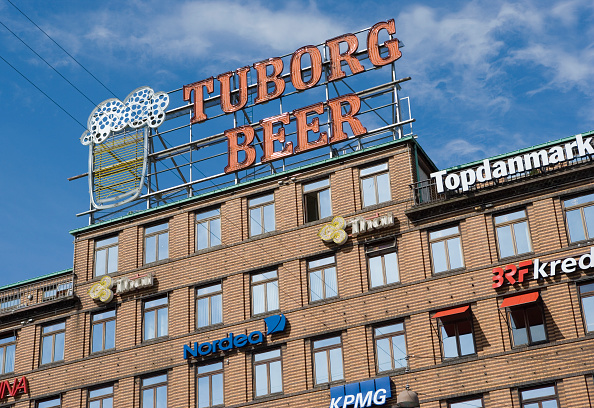 Every morning during the Tour de France, Peter Cossins will be posting a brief guide to the gastronomic delights of that day’s stage, starting today with a focus on Copenhagen…

The Danish national dish is stegt flæsh, fried pork belly served with potatoes in parsley sauce. It’s been the tradition since the mid-19th century for Danes to eat vlagflæsk on general election nights as the word is used as a synonym for the overbearing promises that politicians make to the electorate.

Other specialities include smørrebrød, an open sandwich of buttered rye bread topped with cold meats, fish or cheese and a garnish, and wienerbrød, better known to English-speakers as the Danish pastry. This derives its name from the Austrian bakers who took their recipes to Denmark during a local bakery workers’ strike in the mid-19th century.

Havarti is the cheeses most favoured for smørrebrød. “Renowned for its springy texture and subtle sweet and acidic flavour, Havarti is balanced and mild enough to suit most palates,” according to the Cheese Wanker. It may or may not have been invented in the 19th century by Danish cheese pioneer Hanne Nielsen, but it does take its name from the farmstead where she worked.

First described as “Probably the best lager in the world” in a British ad campaign in launched in 1973, with Oscar-winning director Orson Welles providing the voiceover in a later version, Carlsberg is Denmark’s best known brewer and has its headquarters in Copenhagen. Most of the world make do with the standard pilsner, of the type downed at the end of the 1958 British war movie Ice Cold in Alex by John Mills and Anthony Quayle (whose character, incidentally, is called Captain van der Poel) , beer-lovers in Denmark can choose from a variety of Carlsberg beers, including porters and alcohol-free varieties.

Also based in Copenhagen, Tuborg was anointed “the beer of Danish kings” by Springfield’s beer critic Homer J. Simpson. Among its most renowned beers is Julebryg (Christmas beer), which is dark and quite bitter and only available for 10 weeks of the year. It’s released on J-Dag, the first Friday in November.