The Gastro Guide to the Tour: Stage 2, wine country! 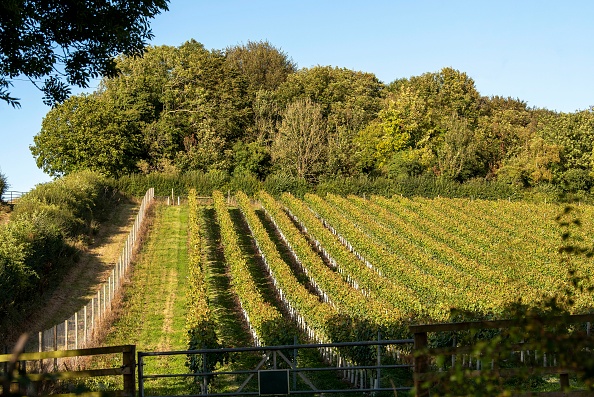 Today’s route runs through the heart of Danish wine country. Largely due to climate energy, wine production has flourished in the 21st century. Not long after the millennium, Denmark boasted just two commercial vineyards. Now there more than a hundred. With forecasters predicting that the Danish climate will become more like that of northern France within the next five decades, that growth is likely to continue while, at the same time, production in southern European countries will steadily dwindle due to global warming.

According to the New York Times, Danish winemakers, “are credited with creating white wines with crisp, structured flavors that are fading in southern climes where heat is reducing grape acidity.” Most of the wines produced are organic and varieties include Champagne. “We have perfect grapes for sparkling wines. Champagne is getting warm, so they’re struggling to get the taste, sugar, and acidity at the right balance, and we’ve got lots of acidity and little sugar,” Betina Newberry told Conde Nast Traveller. Together with her brother Tom Christensen, she is the owner of Dyrehøj, Denmark’s biggest winery, which is located 70km west of Copenhagen.

Keep your eyes peeled on the coverage of the race action between today’s second and third fourth-category climbs and you might just catch a glimpse of the vines in Vejrhøj vineyard. The riders will also pass close to Dyrehøj later in the stage.

The first cheese of the day is rygeost, which literally means smoke cheese. It obtains its distinctive flavour by being smoked over freshly cut hay and is popularly eaten with radishes, chives and rye bread. The second is samsø, first produced on the eponymous Danish island. It’s very similar in its yellow colouring and semi-hard texture to the Swiss Emmental cheese, and is also full of holes.

For a post-prandial digestif, the Nyborg Destilleri, opened in 2009 and now the country’s largest craft distillery, offers a range of options. Its standard-bearer is its Ardor Danish Oak Whisky, while it also produces Dew gin from violets, elderflower, cucumber and juniper berries, and an aquavit called Dansk Eg, which it recommends serving with a cheeseboard or freshly cooked mackerel.