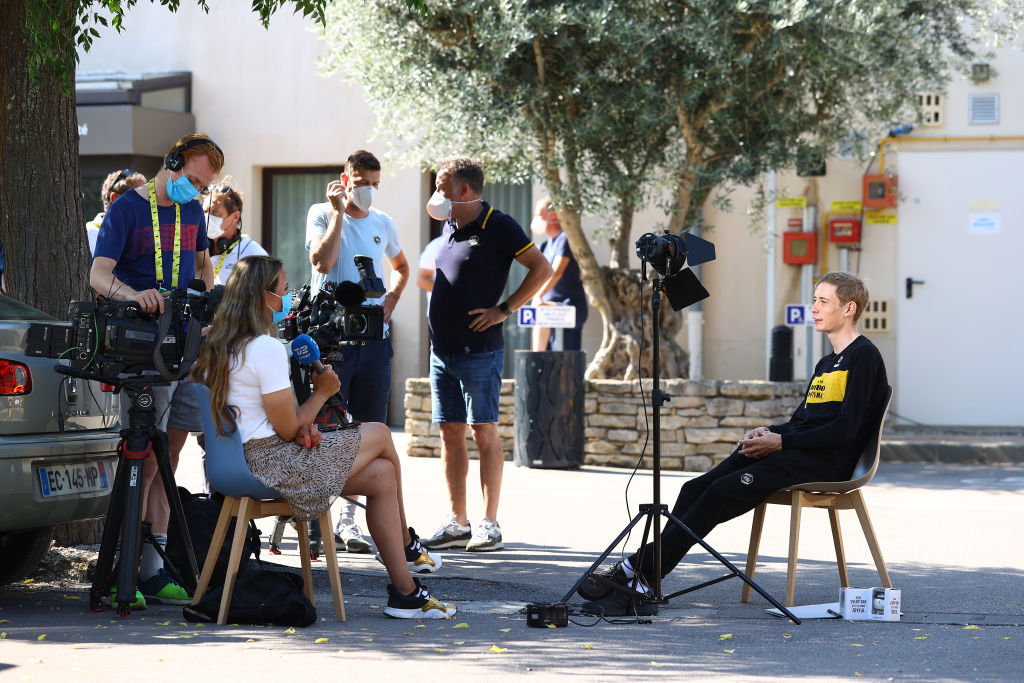 Rest day has changed. Today’s riders do a leisurely 40 kms then jump in the pool in their kit. Or eat cake…. but I’ve always quite liked the story I heard about Barry Hoban only eating apples on a Tour rest day.

I’ve no idea if that story was true, or if the person telling me had just made it up because I seemed gullible, but it seemed to be vaguely believable, if only because I was frequently told similarly bizarre things.

I’m sure I perpetuated some of them too, such as ‘Wear the woolly hat in the car even when it’s 30 degrees outside.’ Then there was ‘Don’t sleep near electrical sockets’ and ‘Always try to have your head pointing north.’

Come to think of it, I may have made up some of the unwritten rules myself when I came across someone who seemed more naive than me. I like to think that I helped them in some way, if only for the enjoyment that others took in questioning their sanity for being so easily led.

Along with the consumption of said apples it was reported that, every rest day, Monsieur Hoban stayed in a darkened room and tried to sleep all day. No cycling was involved and probably no reading of L’Equipe either.

You might conclude this was some kind of meditative state that was being sought by the Yorkshireman, almost a day of abstinence from TdF turmoil to replenish the soul, but I see it as a more pragmatic choice.

Staying in the hotel room would have meant any bike riding would have been of the statutory kind and that would be on rollers — the pre-Zwift / computer controlled trainer, remember.

A mechanic or soigneur would have to have fetched them, so then the story would spread widely among the other teams. The roller rider’s name would be mud because on a rest day they were supposed to go for a proper ride wearing a long sleeve jersey and leg warmers. Maybe climb a mountain or two, as well, but sweating profusely was definitely required.

As for avoidance of reading the sporting news, that makes sense, not for any spiritual reason, but rather if darkness is to be maintained, then you wouldn’t be able to see the paper.

If you follow the train of thought, then I can totally understand that you would begin to believe that cycling folklore is always true. That’s not because it makes total sense, but rather because someone you think knows more about it than you do once said it had happened. Cycling is reassuringly simple after all.

In reality, the rest day bike ride is now a temporary reprieve from racing. The choice to partake of sweating will now be based on data and not be a foregone conclusion. No one will report you to the style police if you stay in your room on a home trainer because it’s roasting outside.

If you do go out to train, you probably won’t have to do three seven-second sprints to stimulate your system, all because you once overheard that’s what one of your rivals did on such days. I actually did that once and the next day I was in a complete state, but it could have been worse.

If I hadn’t done some kind of effort, then my body would apparently have gone into recovery mode and that would have been really, really bad, I knew this to be true as someone had once told someone else that it happened to a rider, once.  I was thankful that I had respected a time-honoured tradition and though it hadn’t worked for me, I assumed that it was due to my lack of moral fibre and not the unwritten rule.

When I see riders on their rest day bike ride, sitting on a terrace drinking coffee and eating cake, I know they’ve probably made the right choice. That’s not based on some tale that something once happened to somebody, but because they’re knackered and their power meter confirms it.

The idea of struggling up another hillside, even at a self-imposed pace, is never going to be an option when the preceding days have been brutal. Yet they might feel lazy or even guilty. They might fear a difficult start to the following stage and they’ll hear that little voice in their head, the voice telling them the story of when riders were proper hard because they went out in long sleeves and leg warmers, climbed three mountains and did high intensity intervals.

The same voice reminds them that when these stalwarts of the road returned to the hotel, they didn’t have a wash in case the water penetrated their muscles and made them soft. Of course, there was no air conditioning but they still had to be careful of a draught making them ill, so all windows and doors were closed.  Woolly hat and tights on standby.

They avoided oranges after six in the evening in case the vitamin C kept them awake and wives and girlfriends weren’t allowed to visit because the rider would be ‘distracted.’ The real giants of the peloton, the big stars, obviously were given a dispensation however, which added to their standing in the hierarchy of toughness.

Back in the day, that’s how the stuff of legends was made. Therefore the question that remains for the modern racer is a simple one. Which fruit do they prefer, apples or oranges…?