Matt White: “My first memory of the Tour is not a good one” 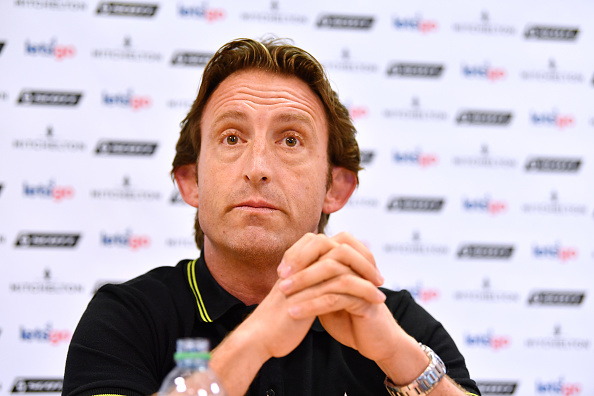 Matt White is a fan of Pau in France and a glass of Châteauneuf-du-Pape. (Getty Images)
Monday 11th July 2022
Share

Stelvio: What’s your first experience or memory of the Tour de France?

Matt White: My first memory of the Tour de France is not a good one. It was the 2004 Tour de France. I’d been picked in the Olympic team the night before it started, and then I crashed in the warm-up for the prologue in Liège and broke my collarbone and didn’t actually start the race. So that was my first experience.

Matt White: Pau. It has a different feel about it. I like it. We always stay in a little suburb outside of Pau called Lescar. For the last 10 years, we’ve stayed at the same hotel. I live in Spain and Pau has a different feel to most French cities, more like a Spanish city. The centre of the town is beautiful and perhaps because it borders the Pyrenees it has that Spanish feel to it. Oddly, I’ve never lived in France, even though I rode for Cofidis for two years.

Matt White: Things are probably a little bit different now that I’m not racing and training. I don’t really want to do climbs anymore and I haven’t got an e-bike, but there are some beautiful parts of France. Again, I do like the Pyrenees in general. They feel a bit raw, rawer than the Alps. The Alps seem to be a little more touristy and more hectic, whereas the Pyrenees do seem to be wilder, they have a bit of edge to them, which I like.

Stelvio: How do you feel about French wine?

Matt White: I like wine in general, but I don’t know my French wines that well. I know my Italian and Spanish wines well. I do like hardy red wines, and you get a good one from Bordeaux, but I don’t know many other French wines. When I was working with what was Garmin at the time, Jonathan Vaughters was a big wine buff and – I can’t think of the wine… Châteauneuf-du-Pape? Yeah, that was his favourite drop, and I have bought a few bottles of that over the years, so that is one French wine region I do know.

Stelvio: Australians tend to love their beer. Do you have a favourite in France?

Matt White: You’d be surprised. I’ll drink beer in summer a little bit, but not as much as when I go home and catch up with mates. I’ve been living in Europe for so long that I tend to drink wine more often. But I do like a beer during the month of July, and I’m a big fan of Belgian beers.

Stelvio: Is there one thing that stands out for you when you come to France, something you savour?

Matt White: I think I’ve grown to enjoy the Tour de France more over the years. This is my 15th in a row now, and when I first started coming here I was obviously quite a young sports director and it really did feel like a fishbowl. It has a very different feel to the Giro, which is more relaxed. But I suppose with experience and, especially over the last couple of years, with COVID, it has been quite different. I’ve actually got to enjoy the Tour de France more over the last couple of years. As I said before, we always go to Lescar and sometimes we’ve had some good rest days there. I like the city of Pau, I know a nice little place to go running there. The hotel has changed hands a couple of times, but it’s weird… It feels like home, even though you’re only there for two or three nights maximum. But that’s 20 or maybe 30 nights that I’ve stayed at that hotel over the last 15 years. So there’s a lot of familiarity about that place. We’ve won some stages there before, we’ve had a Bastille Day there, rest days. I’ve got some very good memories of it.