Ludwig lights it up as Vos shows true grit 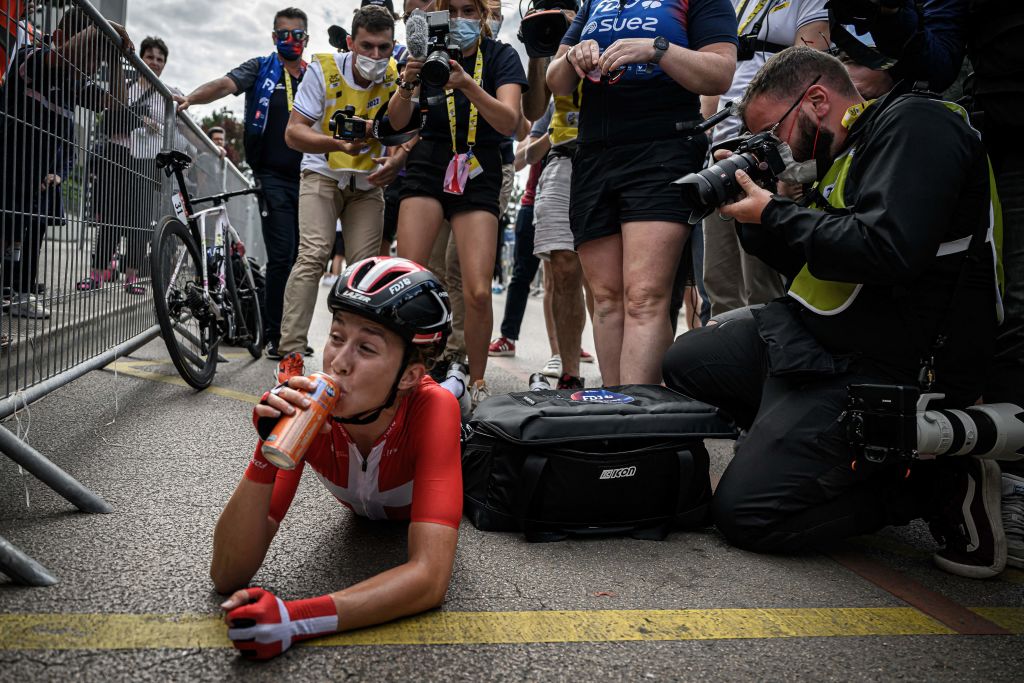 Stage three of the Tour de France Femmes was light years from the somewhat pedestrian opening stage in Paris on Sunday and provided a tense finale in which the most exuberant rider in the peloton – and that’s men’s or women’s – took centre stage.

There’s nobody in professional racing with the charisma of Cecilie Uttrup Ludwig. The Danish national champion has long been the most compelling character in women’s racing, and she took centre stage in Épernay with an explosive sprint, rocketing past race leader Marianne Vos, to take her first Tour de France stage win.

Few professionals in any sport compete with the childlike joy that she expresses, whether winning or losing. Joyful and tearful from one day to the next, she has retained her love of cycling, even though it’s now her job. You can’t say that of every pro bike rider. “I think there are so many cool things about cycling,” she said, “and that’s why it’s my favourite sport. It is a fun game to play.”

At the same time, her scattergun stream-of-consciousness monologues, manna from heaven for the sports media, have hidden her true qualities as a bike rider, which, as this win in Épernay demonstrated, (if ever there was any doubt), reveal what drive and ambition she has.

The final kilometres of the third stage were very tough: the Côte de Mutigny – location of Julian Alaphilippe’s famous solo attack in the 2019 men’s Tour – was followed by the narrow and steep Mont Bernon, while the final 300 metres to the line, at an average of 8%, were another cruel twist to a stage that was more like a one-day race than stage three of a Grand Tour. At the bottom of the climb, Ludwig was out of position with several bike lengths to make up. At the top of the climb, she was two seconds ahead of Marianne Vos.

For Vos, dropped on the Mutigny and then chasing back to the approach of the Bernon, it was a masterclass in patience and resilience, that almost brought her the stage win. Buoyed by the crowds, the importance of the race and the support of her team, the Dutch legend will hold onto the maillot jaune for at least one more day.

When you consider what a nightmare stage Monday’s race to Provins was for Ludwig’s FDJ-SUEZ-Futuroscope team, her win seems all the more impressive. Not only was Marta Cavalli forced out of the race after a horrendous crash, but Ludwig herself and teammate Évita Muzic also hit the tarmac.

It was indeed, as Ludwig memorably described it live on French daytime TV, a “fucking shit day”. But as she also said, her team “bounced back”, and can now look ahead to further opportunities later in the week.

Meanwhile Nicole Frain, the Australian national champion riding for Parkhotel Valkenburg, who sped into Cavalli as she was slowed to a halt by a crash in front of her, has suffered a torrid time on social media, despite apologising for her part in the incident. That criticism has now been further fuelled by comments from FDJ manager, Stephen Delcourt.

“I’m not happy today because Parkhotel decided that Nicole Frain will continue. For me, it’s not normal. In every job, if you have a fault, the employer decides that you stop for a few days. They have apologised but we can’t continue like this,” Delcourt told VeloNews shortly before the third stage got underway.