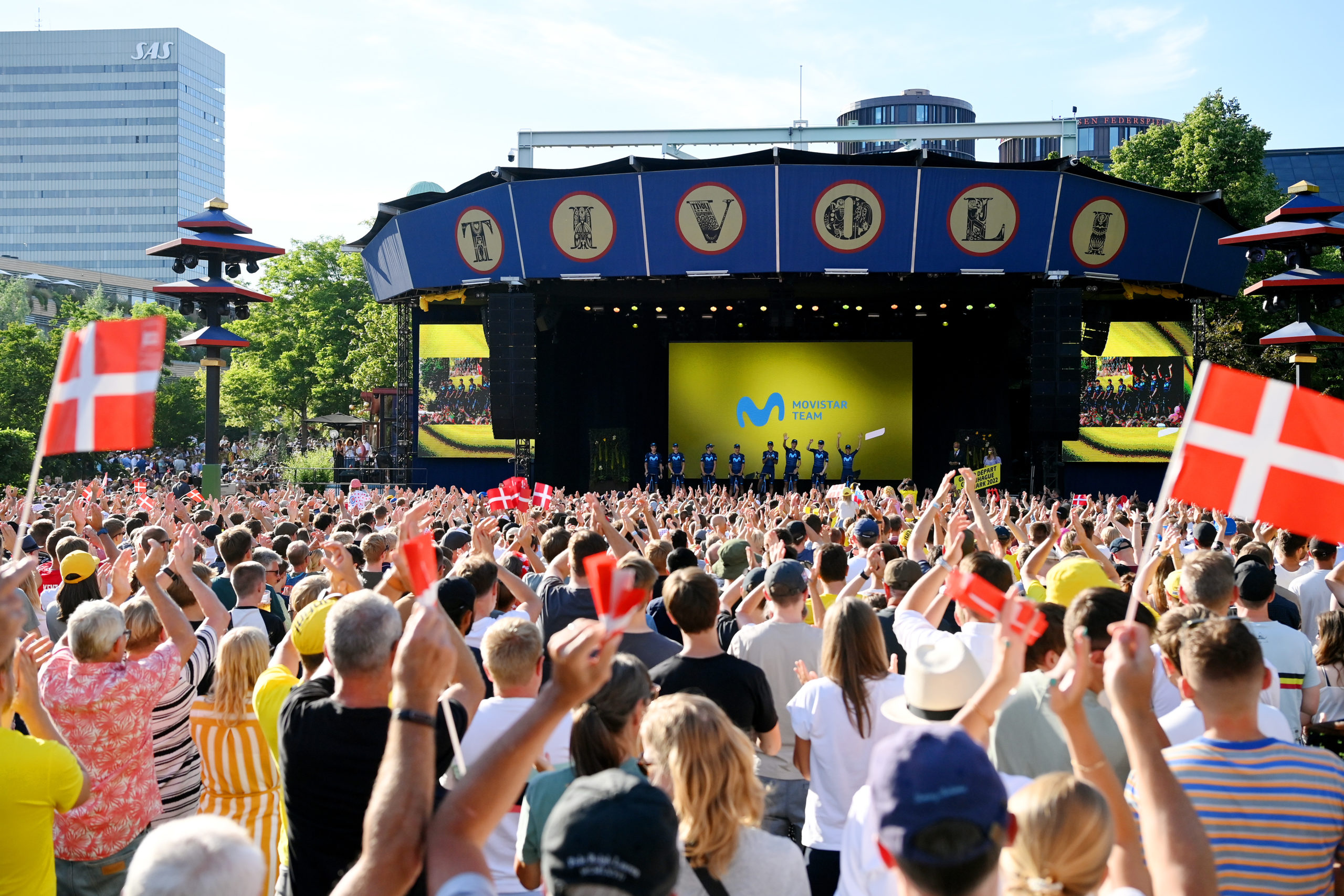 Every week, Pippa York, former King of the Mountains in the Tour de France and the Giro d’Italia, will be contributing to Stelvio’s coverage of the 2022 Tour de France

Blue cheese and strawberry jam. That’s my abiding memory of Denmark. I admit it is a totally bizarre association, but it’s better than the one I have attached to its southern neighbour, Germany. Nothing to do with the War and that guy with the moustache, before you embark down that rabbit hole. Rather, I am marked by the experience of returning from an evening criterium – I think it was in Cologne – and encountering the Belgian drug squad waiting for me before I crossed the border into France.

The glee with which they escorted me to the inspection room was only matched by the anxiety I felt when I realised that rubber gloves could be involved. Thankfully, they weren’t and since it’s a long story and nothing to do with the Grand Départ in Copenhagen, I can avoid lingering on the trauma. Another time perhaps.

As unlikely as it sounds, I actually raced in Denmark before I ever pinned on a number in the heartlands of Flanders and even though it was a flat course and windy, it was enjoyable for reasons other than the culinary delight mentioned earlier. That’s mainly because in the categories below professional level, everything was slightly easier, less stressful and didn’t involve suffering too much.

That description definitely doesn’t apply to the 2022 Grand Départ that the world’s fifth happiest city has lined up for those who are hoping not to fall off straight away – or catch COVID – before the spectacle that is the Tour returns to the French motherland.

Pre-arrival, I was thinking that the Copenhagen Grand Départ was going to be like the 1987 Berlin Tour start, all concrete and East German watchtowers, but the Danes are so damn stylishly cool and into design that I’ve been intimidated by their beauty. I am of course, easily led by visual stimulation, having acquired a custom Principia bike before they went bust. Now though, I wish it was red instead of Scandinavian black. That’s because I’m allowed to be different now.

I’m kind of wondering if I’ll ever participate in a Tour de France, even as a ‘hack’, without there being masks involved at some point. That brings me in a roundabout way to the grown up subject of Lycra, masks and dare I say it, the image of ‘gimps’ being conjured up.

Ladies of the night are legal in Denmark and Copenhagen is a port. Once you engage with this train of thought, you recognise that the Tour does have a slight reputation of ‘ships passing through’. Briefly, I supposed that they must do day shifts too, but I’ve not researched the topic that thoroughly. I can’t risk ASO seeing I’ve logged a cookie on their Wi-Fi.

I don’t know if Christian Prudhomme is a descriptor, but seeing as he remonstrated with us simply over slipped face coverings in the two previous editions of the Tour, I am not willing to take that chance. Keeping up appearances matters in this environment and with my competitive background I know not to show any signs of weakness.

The Grand Départ organisers have, after all, refused access to the two bad boys of Danish cycling, Bjarne Riis and Michael Rasmussen, during these opening days, thus silently accusing them of a lack of moral fibre. To me, that seems rather petty, given Denmark is quite liberal in all other areas. But it’s their show and they can invite who they want to – or in this case, don’t want to.

The only problem I can see cropping up with the peloton racing in this perfect landscape for social, steady pedalling is precisely that. It’s designed for moving people in safety, and keeping them away from motorised traffic. It’s not designed for almost 200 speedy maniacs, who all have an equally anxious Sports Director shouting in their ear to stay in the front, be attentive, and look after the designated leader.

There’s an abundance of street furniture to avoid, which is never that easy in the first week of a Grand Tour. But let’s face it, it’s the reality now that so many towns and cities need to ease traffic congestion. It’s also beneficial to the health of those who choose to cycle for work, rest and play. It’ll be less kind to a few unlucky souls when the peloton sets off in earnest though.

The individual who thought that the perfect backdrop to the Quick-Step Alpha Vinyl team presentation was the image of a green jersey-clad Mark Cavendish winning his third stage of last year’s race in Valence must have felt the same unease.

This was an ‘ooooops!’ moment if ever there was one and no doubt it brought a smirk to the Manxman, if he was watching at home. Copenhagen was where he became world champion 11 years ago, so maybe there was an assumption he’d be back, but cycling is never that predictable. I suppose that’s one of the reasons why we love it.

Pippa York’s weekly column will appear exclusively on Stelvio. You can subscribe to Stelvio magazine here Stelvio Magazine – The new soul of cycling