“It was Pidcock doing Pidcock stuff. It was cool.” 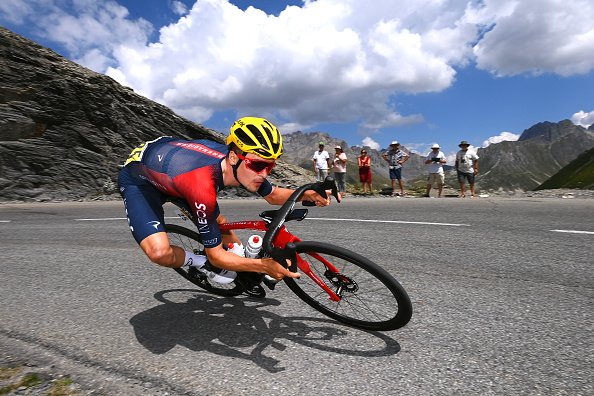 Is there anything Tom Pidcock can’t do on a bike?

That was the question I put to Ineos Grenadiers directeur sportif Steve Cummings after 22-year-old Briton Tom Pidcock had shown pretty much every skill and technique in the cycling manual to take his first Tour de France victory on the sport’s most illustrious mountain finish, Alpe d’Huez.

“At the moment, no,” said Cummings, smiling broadly. “It was Pidcock doing Pidcock stuff. It was cool.” The Ineos DS explained that the team’s pre-stage plan had been for the young Yorkshireman to try to get into the day’s break and go for the stage win.

After a small group had gone clear very soon after the start in Briançon, Pidcock made his own move on the climb of the soaring Galibier pass, where he joined up with four-time Tour champion Chris Froome. Dropping down the far side of that col, Pidcock put on a dazzling show of daredevil descending, his most outrageous manoeuvre coming when he overtook Frenchman Matis Louvel on the outside of a sweeping left-hand bend, suddenly tucking down and sticking his left knee out Moto GP-style, the movements somehow giving him an extra bit of speed that sent him arcing by without a single turn of the pedals.

Once he came to the foot of the Alpe in the company of Froome, American Neilson Powless, South African Louis Meintjes and Italian Giulio Ciccone, all of them proven climbers, Pidcock played his hand perfectly. They yielded in turn, their aspirations swept away by a series of accelerations they couldn’t follow.

“To be honest, in the car I was a bit like, ‘Tom, you can win from the sprint. You don’t need to win alone.’ But you just have to let him go. He has the feeling for what’s happening on the road,” said Cummings.

“He’s exceptionally talented, of course, but also his work, his commitment and his openness to learning is tremendous. He doesn’t ever want to miss a trick. He analyses everything, tries to improve everything. He’s so skilful and he rode to his strengths, used his head, all the basics, things that he does really well. He pays attention. I can’t say enough good things about him.”

There’s been lots of talk during the Tour about what role Pidcock has been given on the race, and Cummings confessed that he’s not entirely sure himself what it is. “Obviously, we know that he’s super, but we didn’t really know what he might do at the Tour because it’s a very different test,” he said.

“We used him in the first week on the flat, which kind of broke my heart, but we needed him for the team strategy. And he did such a good job and that showed his commitment and sacrifice. We had an open strategy for him. We told him to see how far he could go on GC. So yesterday, it was like, ‘Okay, let’s just see how long you can stay on GC, test yourself.’ And he did. Then we also discussed the fact that if he came off GC, he’d have more leeway, so he came off GC yesterday, got a bit of freedom and off he goes. It was so cool.”

As for Pidcock himself, he admitted in his post-stage press conference that riding through the crowds to the finish was “the most ridiculous experience ever,” and added that to, “ride up Alpe d’Huez, the most iconic finish in cycling, at the head of the race, that’s one of the best experiences of my life.”

The Yorkshireman explained that he’s come to learn and had “learned a hell of a lot”. He continued by saying that he’s ambitious, a trait that’s been obvious ever since he started making big waves in the cycling world during his teenage years in West Yorkshire. “I compare myself to Tadej Pogačar, Wout van Aert, and guys like that. They’re both older than me and more experienced, but I’m ambitious and I have bigger ambitions in this race in the future after this experience.”

World cyclo-cross champion, Olympic mountain bike champion and now the youngest winner at Alpe d’Huez. Where next for Tom Pidcock?