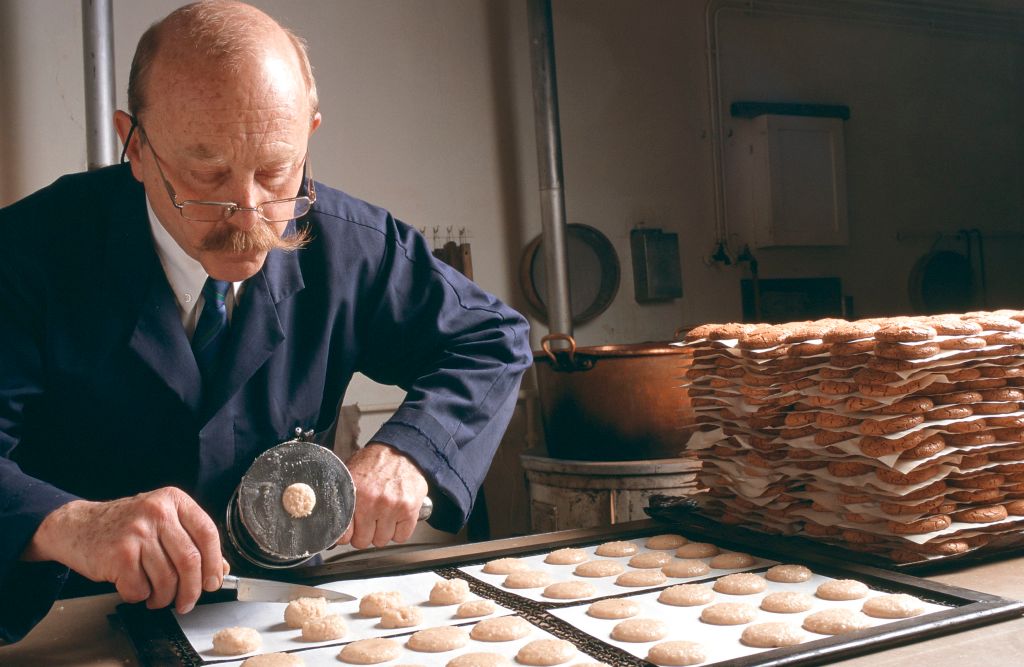 Boasting one of the most impressive town centres in France, with the magnificent UNESCO World Heritage Site Place Stanislas at the heart of it, Nancy, Tomblaine’s far bigger neighbour, is also renowned for sweet and very indulgent treats produced by artisans who have a long lineage of sweet production behind them. Among the most renowned are Bergamotes, boiled sweets produced with bergamot oil derived from the citrus fruit of the same name that’s native to southern Italy and especially in Calabria. The size of an orange, a bergamot has a yellow or green colour similar to a lime. Blended with sugar over an open fire, the mixture is then poured and cut into sweet-sized pieces.

Another local delicacy is macarons, which are made following a secret recipe initially created in the late 18th century by two lay sisters from the Dames du Saint-Sacrement community in Nancy. This a traditional version of the macaroon, arguably France’s favourite biscuit (small cake?), made with egg whites, sugar, and Provence almonds, which give it a distinctive light brown colour.

If you fancy something with a little more punch, try Chardons Lorrains, chocolate “thistles” filled with eau de vie liqueur. The thistle is the emblem of Nancy and the local region. The chardons come in different colours depending on their ingredients –yellow for Mirabelle plum, green for Chartreuse, pink for raspberry and white for Marc de Lorraine.

The fare in the region around the ski station of La Planche des Belles Filles is much heartier. The signature dish is potée comtoise, a meat and vegetable stew made with smoked meat, sausage, and bacon.

Cheese of the day is unctuous Cancoillotte, a melted cheese made from metton, a cow’s cheese that is already quite runny. It’s melted over a flame and mixed with a touch of water or milk, with garlic sometimes added as well. It can be served hot or cold. Locally produced varieties of Cancoillote that are mixed with water are almost fat- and calorie-free, making it a good dietary source of calcium.

You could wash that down with Griottines de Fougerolles, a cherry liqueur made with small and quite wild cherries macerated in eau de vie or kirsch. The griottines also feature in a number of sweet and savoury dishes.