Gastro guide to the Tour, Stage 14: Saint-Étienne to Mende 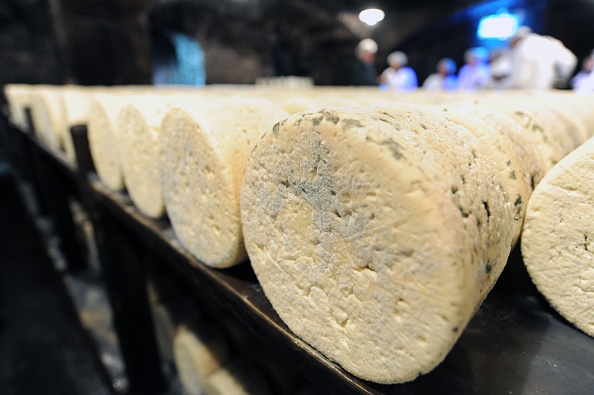 Mende is the administrative capital of Lozère, the least populous of France’s departments with a mere 76,000 inhabitants. Much of its terrain is above 1,000 metres, its rolling countryside, long and spectacular views and tranquillity making it ideal for exploration by bike. Given this altitude and the low quality of the soil on the limestone plateaus, there’s little cultivation of arable crops, and the main agricultural focus is on livestock farming, and the production of meat and cheese.

The country’s two most renowned blue cheeses are produced within the department, Bleu d’Auvergne in the north and Roquefort in the south, although the town of Roquefort-sur-Soulzon that gives the latter its name is located in the neighbouring department of Aveyron, where the start of Stage 15 will take place in Rodez. If pushed to choose one, I’d probably pick Roquefort cheese as my favourite, due to the way the richness of the sheep’s milk combines with the sharper tang of the blue mould – I love the Lozère and Aveyron too, two of France’s least known but most beautiful departments.

Laguiole’s roots also lie in the Aveyron in the town of that name, but production now takes place across wide parts of the Aubrac plateau covering Lozère as well as Cantal. A semi-hard cheese made using unpasteurised cow’s milk from the Simmental and Aubrac breeds, it’s one of the principal components of the region’s emblematic dish, aligot, an amalgam of mashed potato, cream, butter and cheese.

The best-renowned of the local goats’ cheese is Pélardon, also known as Pélardon de Cévennes. Pungent and nutty to the taste, it has a creamy texture and is packaged with a covering of white mould.

As well as aligot, Lozère’s other signature dish is fricandeau, which we featured before in the Alps but originated in the Massif Central. Made using a mixture of lean, fat and pork offal that’s bound together using pork skin, it can be eaten hot or cold and is usually served with pickled onions and gherkins.

If you’re after something sweeter, the most celebrated local dessert is croquant de Mende, a crunchy cake or biscuit enriched with almonds from the Tarn gorges and hazelnuts. Freshly made, they’re quite chewy, but quickly become hard and brittle.