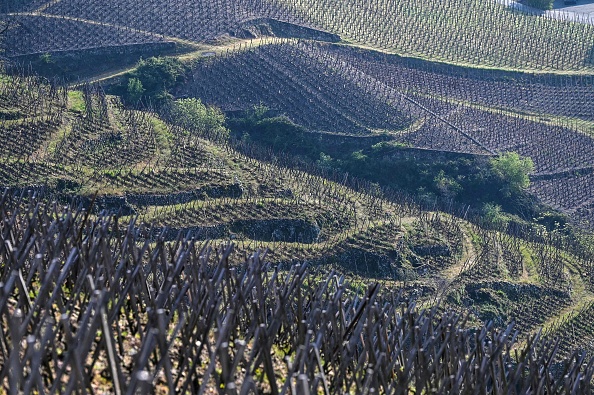 The race will emerge from the Alps today, cross the Rhône valley to the south of Lyon and head into the industrial centre of Saint-Étienne in the Forez, a region of steep-sided hills and short, but steepling climbs. There’s wine to be found in these lush green hills too, in the Pilat massif to the east of the city, where some of the northernmost of Côtes du Rhône varieties are produced. Among the most renowned are the Syrah-derived reds by the Saint-Joseph winery and the Viognier-based whites of Condrieu.

We’re also in bugne country. The word derives from the Lyon dialect term for a beignet, or doughnut. They’re smaller than the type most will be familiar with, almost bite-sized, and have a crustier surface, and are particularly popular during Saint-Étienne’s February carnival.

Made using either cow’s or goat’s milk, sarasson is a white cheese with the look and spreadability of Philadelphia. Made traditionally with buttermilk, it’s now produced with fromage frais and usually has chives, garlic, salt and pepper to add some pep.

Râpées are potato and egg pancakes that are baked in the oven and look like a flattened potato croquette. Served with charcuterie, roast meat or salad, the locals prefer them to be well done and crispy all of the way through.

Popular in early spring, Salade de Barabans is a dandelion salad made with young shoots from the flower, bacon lardons and hard-boiled egg.

Produced in the Auvergne, a little further to the west, Fourme de Montbrison is a blue cheese with an orangey rind that’s produced in distinctive cylindrical blocks. It’s often grated or melted onto râpées.

A local favourite for dessert are Matefaims (literally “hunger killer”), which resemble thick crepes and are made with apples, grown in the Pilat, and a pancake-style batter, infused with orange flower water to boost the flavour.