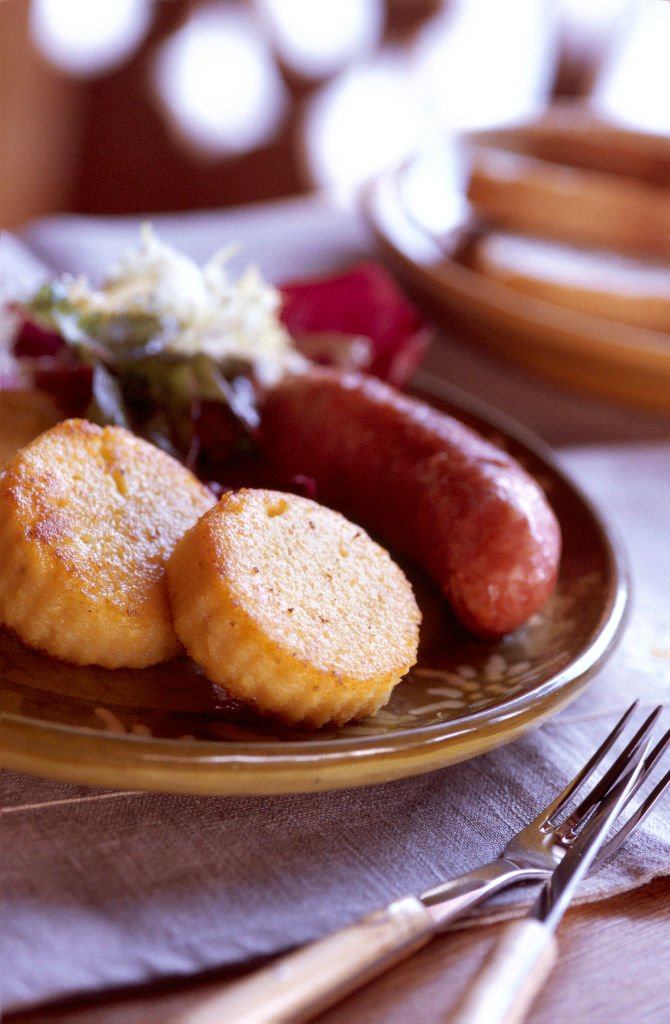 We’re still very much in cheese and meat country. The last couple of gastro guides have focused heavily on the former, so let’s look at some of the Savoyard meat specialities, starting with diots (pronounced ‘deeyo’), the word coming from the local dialect for a small sausage. There are all kinds of varieties – pure pork, smoked, with cabbage, with cheese (often Beaufort). They’re generally served hot on a bed of fried onions, with tartifles (potatoes in the Savoyard dialect) and a glass of Savoie wine, but also come cold in salads and sandwiches, usually accompanied with a good dollop of Dijon mustard.

The pormonier is a ‘herbal’ or ‘green’ sausage, its colour and flavour varying depending on its filling. The pork filling is mixed with a variety of vegetables, most often spinach, but also Swiss chard, leeks and cabbage, as well as different herbs.

Diots and pormoniers are often served with crozets, a small, square pasta made using buckwheat flour, eggs and Beaufort cheese. Crozets feature in a variation of tartiflette called croziflette, in which they’re mixed with Reblochon cheese, and also, around Briançon, in soupe de crozets, a winter warmer that’s packed with seasonal vegetables and, sometimes, chicken.

Determined to use every last bit of a cheese, peasants in the Briançon region would take the ends and ferment them with eau de vie and/or white wine, adding garlic, parsley and salt and pepper to make toupina, which is almost like a cheese paste that can be spread on bread or other dishes.

Serre Chevalier is renowned for mélèze, a liqueur derived from the larch trees that cover the local mountainsides. Produced by the Distillerie des 4 Frères in the resort, it’s said to have a delicate, fruity flavour.