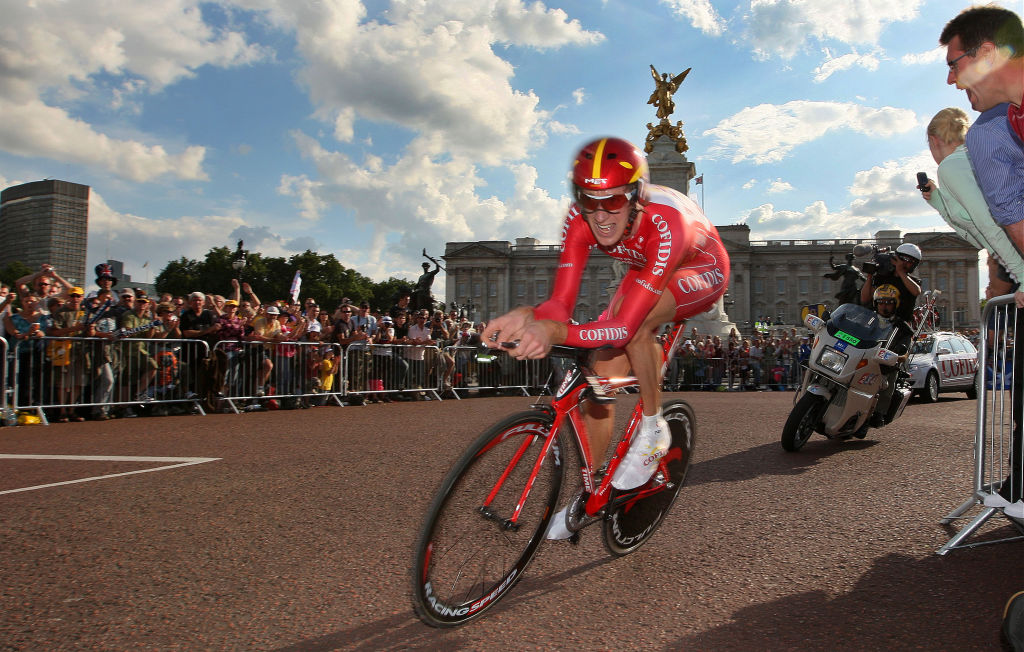 As the Tour starts outside France for the 24th time, we look back at some vintage overseas Grand Départs.

London, 2007: Bradley Wiggins passes Buckingham Palace on his way to finishing fourth in the Prologue. (Getty Images)
Amsterdam, 1958: the Tour de France starts outside France for the first time. The Dutch national team celebrate by trying out some vintage bikes ahead of the start. (Getty Images)
Berlin, 1987: Fagor team members at the Berlin Wall, ahead of the Tour's third Grand Depart in West Germany (after 1965 and 1980).
Yorkshire, 2014: Catherine, Duchess of Cambridge cuts the ribbon to begin the Tour de France at Harewood House, with Princes William and Harry also in attendance.
Brussels, 2017: Eddy Merckx, Paris mayor Anne Hidalgo and Brussels mayor Yvan Mayeur celebrate the announcement that Brussels will host the Tour's Grand Depart in 2019 - the 23rd time the Tour will have started outside France. (Getty Images)
Gent, 1958: Andre Darrigade dons the yellow jersey after winning stage 1 from Brussels to Gent. It is the first time the Tour has started in Belgium - but the third year in a row that Derrigade has won the first stage. (Getty Images)
Ireland, 1998: The peloton during Stage 2, from Enniscorthy-Cork. (Getty Images)
Share