Andy Schleck: The top of the Galibier is like being on the Moon 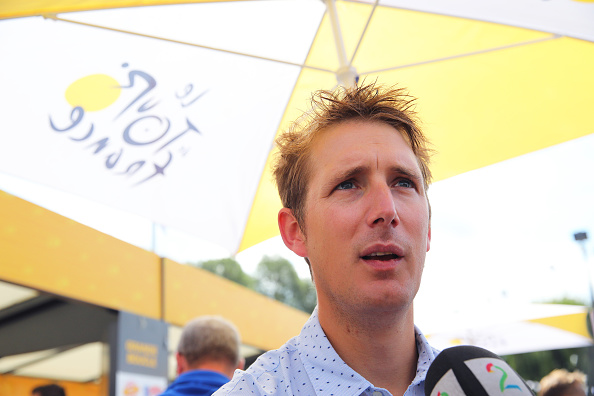 Winner of the 2010 Tour de France and of one of the great stages of recent years the following year atop the Galibier, Andy Schleck now works as an ambassador at the Tour for ŠKODA.

Stelvio: What is it you love about France? And why do you love coming back to the Tour?

Andy Schleck: I think I’m part of it somehow. I won the Tour and there’s not so many who can claim that, and it’s a big, big love of my life, one which I see just once a year. When you’re in love like that and you see it only once a year, once it’s over you already start looking forward to seeing it again the next. Being here is also like being part of a big family. I know a lot of the people who work here, and seeing the likes of Alberto [Contador] and all these guys back here working with me for ŠKODA is great. I always enjoy our three weeks together.

Stelvio: What about the country itself? What really appeals to you about France?

Andy Schleck: I love the diversity of the countryside, the fact that the Alps are completely different to the Pyrenees, and then you go to Normandy and it’s very different again. It’s such a beautiful country. And then you go to Paris at the end and you see the Eiffel Tower. As a rider, when you see that you realise when you’ve been on a real journey.

Stelvio: What’s your first memory of coming to France?

Andy Schleck: I live literally 150 metres away from the French border. I can walk down to a little bridge that’s about five metres across and I’m in France. When I wake up in the morning I look out the window and see all the French people driving to Luxembourg to come and work in Luxembourg. But I’ve very long memories from the Tour de France. I think the one that goes back the furthest was when I was on Alpe d’Huez when Marco Pantani won [in 1998] and set the record for the climb. I was standing with my mum, while my dad was actually working for the Tour that year. I remember him coming around the final turn there and winning in his epic style.

Andy Schleck: I’m a mountains guy, a mountaineer. Unfortunately, we’ve already passed through the Alps because that’s my favourite place. But we stay in lots of cool places. We weren’t far from some little cols yesterday evening and I just sat out there, had a beer and watched the stars and felt good about myself. This morning, I got up at 5.30am and went out on my bike. As for a favourite place, we drove up the Galibier the other day and on top there you almost feel like you’re on the moon, with the rocks and the grey cliffs as the backdrop. I said to myself, “This is just fantastic.” If you’d led me there blindfolded and then pulled the cover off my eyes and told me we were in New Zealand, I would have believed you. It was fantastic.

Stelvio: What do you like on the gastronomic side in France?

Andy Schleck: I like all kinds of white and red wine, but I don’t get much chance to have any on the Tour as we’re here to work. I do have a glass of wine with a steak occasionally, but I’m here for four weeks and trying to stay healthy, so that would be 28 glasses of wine and 28 steaks if I did it every day and that’s too much. So I have to be sensible and take days off from indulgences like that, stick just with water and stuff like that.